BUENOS AIRES, May 27 (Xinhua) -- An Argentine judge on Thursday imposed an international travel ban on seven health professionals who cared for Diego Maradona in the days before his death. 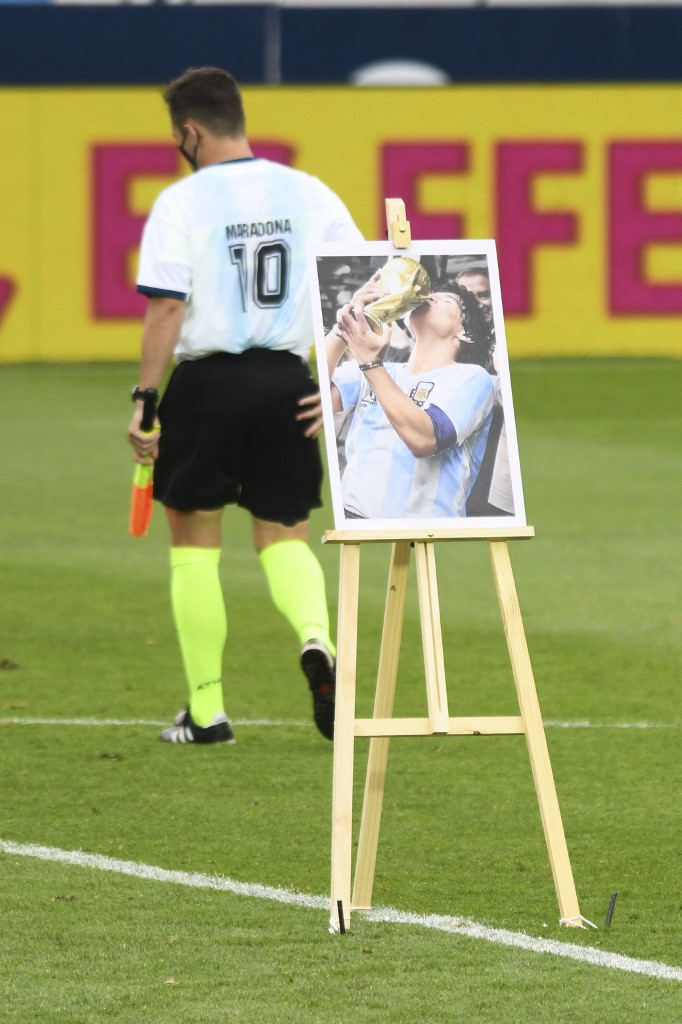 A picture of Diego Maradona is displayed in the field to pay homage to the late football legend Diego Maradona before a Copa Diego Maradona 2020 football match between Racing Club and Union at the Presidente Peron Stadium in Avellaneda, Buenos Aires province, Argentina, on November 28, 2020. (File photo: AFP)

They have been summoned to provide testimony to prosecutors next week and face up to 25 years in prison if found guilty.

"The public prosecutor's office considers these restrictive measures to be sufficient and adequate in order to neutralize any ... threat to the natural course of the investigation," the news agency quoted Diaz as saying.

Maradona died of a heart attack aged 60 last November, less than a month after undergoing surgery to remove a blood clot on his brain.

Investigators have said they are trying to determine whether there was negligence on the part of doctors and medical staff.

Results of a second autopsy, published in late December by the San Isidro public prosecutor, revealed Maradona was suffering from problems related to his kidneys, heart and lungs.

Following his brain surgery on Nov. 3, the former attacking playmaker received treatment for "abstinence", Luque told reporters at the time. He did not provide details of the condition, but Maradona previously admitted to battling drug and alcohol addiction.

Luque and Cosachov both had their homes and workplaces raided by police in the initial days of the investigation.

A panel of doctors appointed by prosecutors to probe the circumstances of Maradona's death described his medical team as "deficient", "reckless" and "indifferent", according to Telam.

Maradona, widely regarded as one of the greatest footballers of all time, shared the award for FIFA's Best Player of the 20th Century with Brazilian legend Pele.

The Argentine's passing prompted mourning worldwide, particularly in his homeland, where he was revered for orchestrating the national team's 1986 World Cup triumph in Mexico.