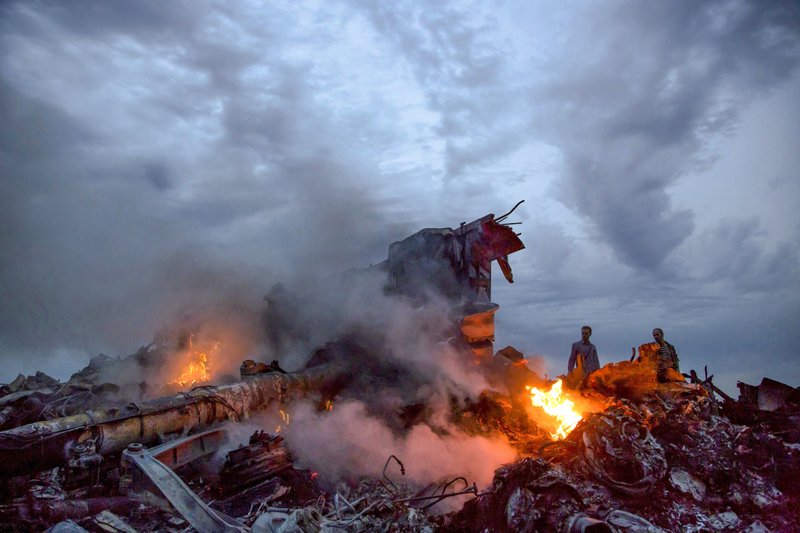 In this Thursday, July 17, 2014 file photo, people walk amongst the debris at the crash site of a Malaysia Airlines Flight 17 passenger plane near the village of Grabove, Ukraine. (Photo: AP)

Judges in the trial of three Russians and a Ukrainian charged with murder for their alleged roles in the shooting down of Malaysia Airlines Flight 17 in 2014 will be allowed to consider testimony from 12 anonymous witnesses.

The council chamber of the District Court of The Hague made the ruling Thursday in an appeal lodged by lawyers for one of the suspects, Russian Oleg Pulatov, who along with the other three suspects hasn’t appeared for trial.

Unlike his co-defendants, Pulatov has appointed a team of lawyers to represent him in the trial that began in March. He insists he is innocent.

The huge case is the first prosecution of suspects in the downing of flight MH17 by a Buk missile fired on July 17, 2014, from territory in eastern Ukraine that was under control of pro-Russia rebels.

All 298 passengers and crew on the Amsterdam-Kuala Lumpur flight were killed when the missile shattered it in midair.

Pulatov’s lawyers had appealed against the use by prosecutors of 13 witnesses who made statements anonymously because they are considered to be under threat if their identities are disclosed. The appeal was upheld for one of the witnesses.

The council chamber is made up of different judges to those who are involved in the trial.

Prosecutors said in a statement they were “satisfied that the chamber acknowledged that in this case extraordinary measures are necessary, considering the enormous safety risks for witnesses.”

Pulatov’s lawyers said in a written reaction that they can raise their objections again at trial and called Thursday’s ruling “in this sense a provisional one.”

The defendants face a maximum sentence of life imprisonment if convicted, though they are unlikely to be extradited.

The trial began March 9 and is currently adjourned while investigations continue. Hearings are scheduled to resume June 8.