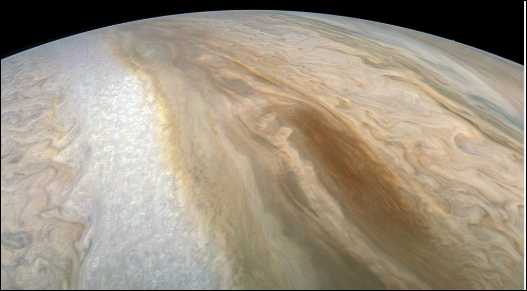 Jupiter's ocean moon Europa is probably covered with blades of ice up to 15 meters tall at its equatorial regions, researchers from Cardiff University in Wales suggests.

The potentially life-supporting Europa has been studied by NASA, whose work has become more difficult due to the ice towers.

"Clearly, the paper suggests very strongly that the tropics of Europa are going to be spiky, and it would be unwise to plan to land there without a specially adapted lander," said Dan Hobley, lead author of the study and a lecturer in the School of Earth and Ocean Sciences at Cardiff University.

Jagged ice towers could also be found on Earth, especially in high, dry and cold tropical regions like the Chilean Andes. These ice towers are named "penitentes," Spanish for "penitent," because they often look like people kneeling in penance.

Scientists found that penitentes on Europa could be up to 15 meters tall, spaced about seven meters apart, while on Earth their heights usually range from one to five meters.

"The Europa penitentes grow much slower than the Earth examples, but on Earth they might be restricted to a season or maybe two until they melt in summer or get covered in more snow, but on Europa, they are sat out in the sun growing for 50 million years," Hobley explained.

NASA plans to launch a mission called Europa Clipper in 2020s. At a cost of 2 billion U.S. dollars, the mission will "perform repeated close flybys of the icy moon from a long, looping orbit around Jupiter," assess the possible landing site on Europa and try to seek out signs of life on the moon.