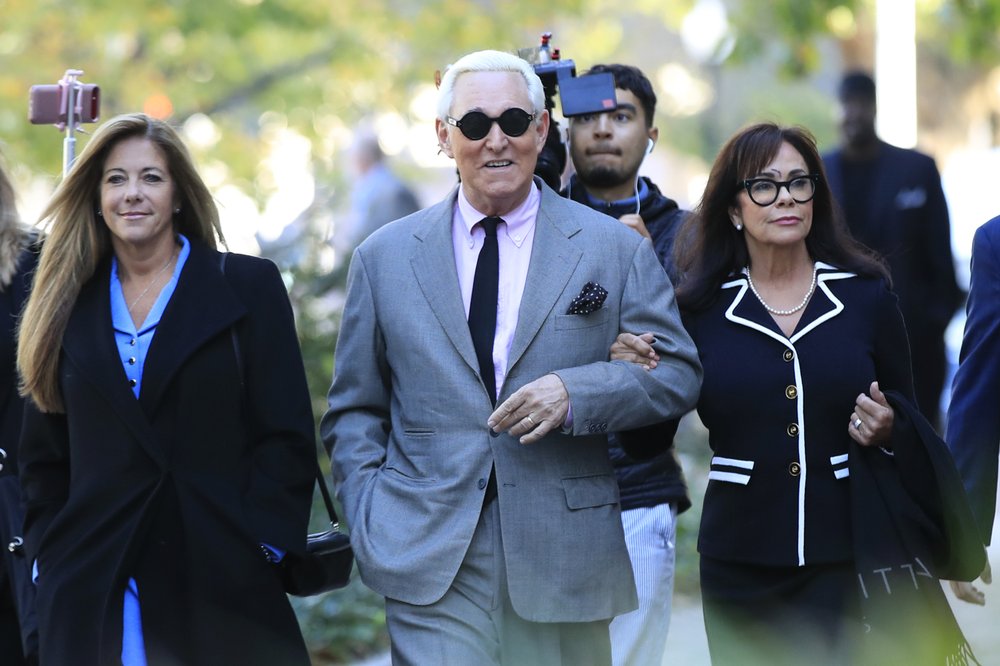 Jury selection began Tuesday in the trial of Roger Stone, a longtime Republican provocateur and former confidant of President Donald Trump, who faces charges related to his alleged efforts to exploit the Russian-hacked Hillary Clinton emails for political gain.

The trial in Washington promises to revive the specter of special counsel Robert Mueller’s investigation as the impeachment inquiry against Trump proceeds in the House.

Stone, who is known for his sartorial flair, showed up to the courthouse in a relatively muted garb_a grey suit and a pink shirt.

Stone’s indictment in January was an offshoot of Mueller’s investigation. Stone is accused of lying to lawmakers about WikiLeaks, tampering with witnesses and obstructing a House intelligence committee probe into whether the Trump campaign coordinated with Russia to tip the 2016 election.

A self-proclaimed dirty trickster with a flair for public drama, Stone has a history in Republican political circles dating back to the Nixon administration. He emerged as an early public supporter of Trump and has consistently criticized the case against him as politically motivated.

Stone, a longtime friend of the president’s, briefly served on Trump’s campaign but was pushed out amid infighting with campaign manager Corey Lewandowski. Though sidelined, he continued to communicate with Trump and stayed plugged into his circle of advisers.

The indictment says Stone, who was arrested by the FBI in a raid at his Florida home, repeatedly discussed WikiLeaks in 2016 with campaign associates and lays out in detail Stone’s conversations about emails stolen from Clinton campaign chairman John Podesta and posted in the weeks before Trump beat Clinton.

After WikiLeaks on July 22, 2016, released hacked emails from the Democratic National Committee, the indictment says, a senior Trump campaign official “was directed” to contact Stone about additional releases and “what other damaging information” WikiLeaks had “regarding the Clinton campaign.” The indictment does not name the official or say who directed the outreach to Stone.