WORLD Jury sentences father to death for killing his 5 children

Jury sentences father to death for killing his 5 children 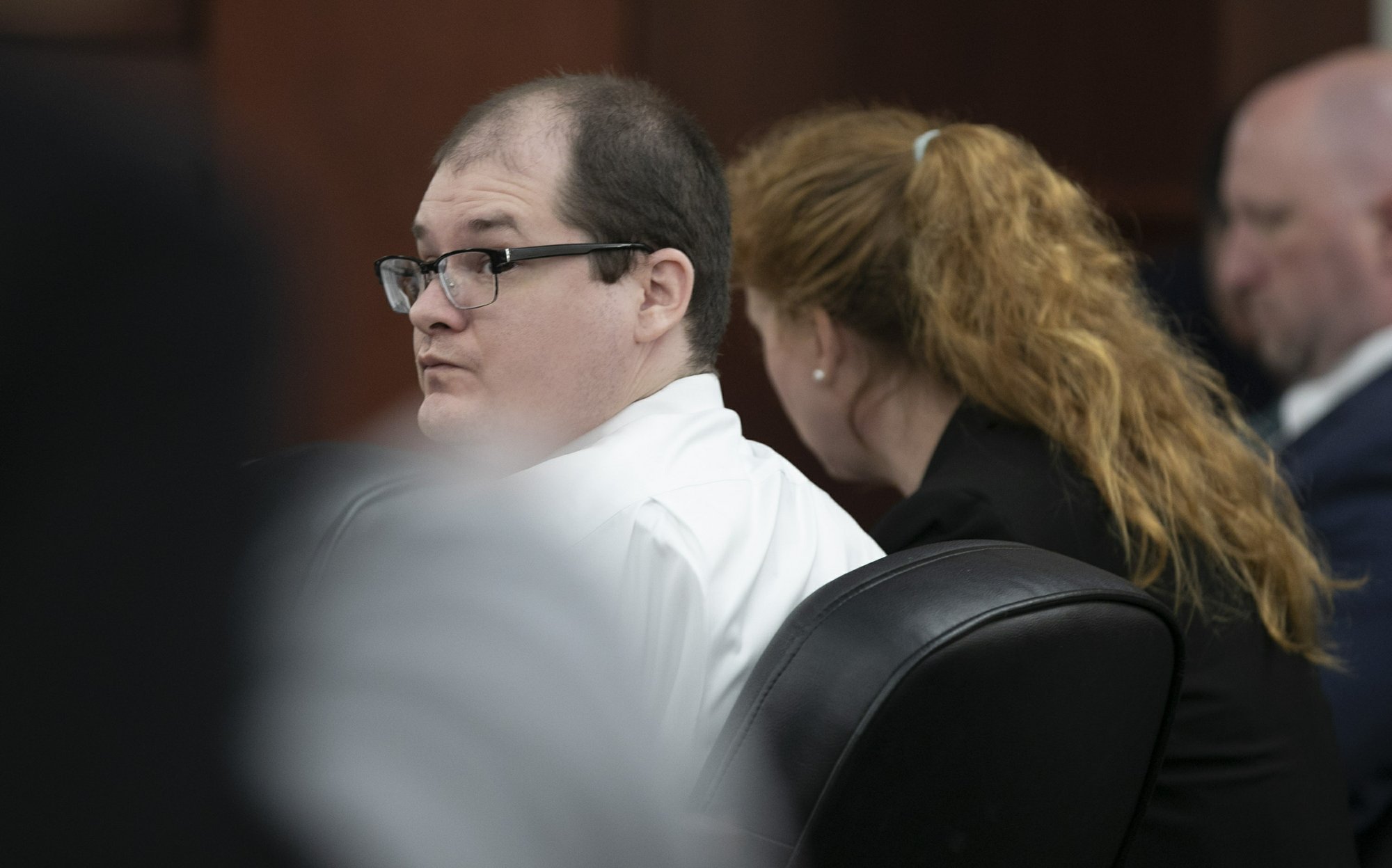 Timothy Jones Jr. looks around the courtroom during closing arguments of his trial in Lexington, S.C. on Thursday, June 13, 2019. (Photo: AP)

A South Carolina father was sentenced to death Thursday for killing his five children with his own hands. After they were dead, he drove around with their bodies for nine days before dumping them in garbage bags on the side of an Alabama dirt road.

Timothy Jones Jr. showed no emotion as the jury delivered the verdict after less than two hours of deliberation. They also could have sentenced him to life without parole.

The same Lexington County jury convicted Jones of five counts of murder last week in the deaths of his children, ages 1 to 8, in their Lexington home in August 2014.

Prosecutors pushed for a death sentence. Solicitor Rick Hubbard said in his closing argument earlier Thursday that if any jurors had doubts whether Jones deserved the death penalty, they should just consider the five garbage bags where he dumped their bodies in rural Alabama.

But a lawyer for Jones told jurors they alone could show mercy — if not for a father who killed five kids with his own hands, then for a family that has seen so much death and still wants to love Jones, even through prison bars.

Jones’ father hung his head in his hands as the verdict was read and other family members appeared to cry. Afterward, Jones’ family left without speaking to reporters. The defense indicated they would appeal.

Hubbard said after the trial, “No mercy was shown to the kids, but justice was done in this case.”

Jones is just the second person to be sent to South Carolina’s death row in five years. The state has not executed anyone since 2011 and lacks the drugs to carry out lethal injection.

Hubbard said in his closing argument that Jones, 37, has been selfish all his life, trying to break up his father’s second marriage because he wasn’t getting enough attention and controlling his wife’s every decision.

When his wife left him, Hubbard said, Jones couldn’t stand that his control was over. With custody of his children, the computer engineer with an $80,000-a-year job mistreated any of them who showed any intention of wanting to be with their mother instead of him, Hubbard said.

Jones first killed 6-year-old son Nahtahn in a “white hot rage” after the boy confessed on the phone to his mother — but not to his father — to breaking an electrical outlet, Hubbard said.

Over the next several hours, Jones went and got cigarettes, taking his oldest daughter so she wouldn’t call for help, and leaving the three other kids with their brother’s body.

Then he made a decision, just like the one the jury was called upon to make, the prosecutor said.

“He sentenced his kids to death,” Hubbard said.

In a confession, Jones said he strangled 7-year-old Elias with his hands and chased down 8-year-old Merah before choking her. He then used a belt to choke 2-year-old Gabriel and 1-year-old Abigail because he said his hands were too big.

That deserved death and not life, Hubbard said.

A life sentence “is just send Timmy to his room, make him think about what he has done” Hubbard said.

Jones loaded the children’s bodies into his SUV and drove around the Southeast US for nine days before dumping them in five black garbage bags on a dirt road near Camden, Alabama. He was arrested hours later after an officer at a traffic checkpoint in Smith County, Mississippi, said he smelled a horrible odor of decomposition.

Hubbard ended his closing argument with those bags. Prosecutors entered photos showing what was inside the bags into evidence, but didn’t show them to the jury. Jurors could have chosen to look at them during deliberations if they wanted.

“If you have any doubt for the appropriate sentence for that man, look in the bag!” Hubbard said.

The defense focused on what Jones’ lawyers called undiagnosed schizophrenia made worse by drug and alcohol use. Jurors last week rejected their arguments that Jones was not guilty by reason of insanity or guilty but mentally ill.

During his closing argument, defense lawyer Casey Secor focused on how much Jones is loved by his family even after the killings. His grandmother, father and siblings all asked jurors to spare his life .

The children’s mother also said she wouldn’t choose the death penalty for Jones because she’s against capital punishment, but would respect the jury’s decision.

Secor said under the law, any juror could decide on life for any reason or for no reason at all.

“You can punish Tim severely with a punishment of life in prison without the possibility of parole and be merciful to the people who still love these children,” Secor said.

Following the trial, the prosecutor said what will stay with him most is the suffering of 6-year-old Nahtahn, the chief target of his father’s anger.

“That little 6-year-old bore a lot for a long time,” Hubbard said.