WORLD Jury set for deliberations at US trial of El Chapo

Jury set for deliberations at US trial of El Chapo 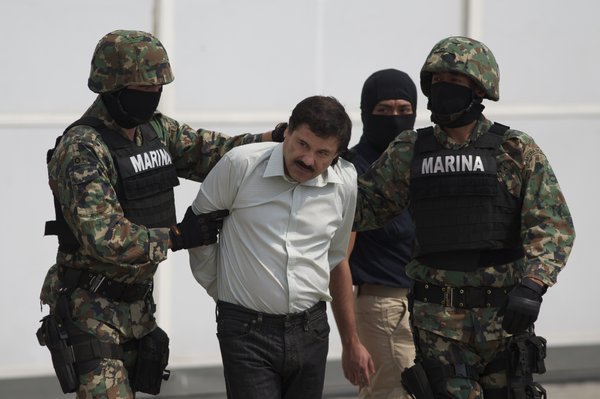 After nearly three months of testimony about a vast drug-smuggling conspiracy steeped in violence, a jury is due to begin deliberations Monday at the U.S. trial of the infamous Mexican drug lord Joaquin “El Chapo” Guzman.

A federal judge in Brooklyn was giving instructions to jurors before they will be asked to begin deciding the verdict for Guzman, who faces life in prison if convicted.

The jury has heard months of testimony about Guzman’s rise to power as the head of the Sinaloa cartel. Prosecutors say he’s responsible for smuggling at least 200 tons of cocaine into the United States and a wave of killings in turf wars with other cartels.

Guzman, 61, is notorious for escaping prison twice in Mexico. In closing arguments, prosecutor Andrea Goldbarg said he was plotting yet another breakout when was he was sent in 2017 to the U.S., where he’s been in solitary confinement ever since.

The defendant wanted to escape “because he is guilty and he never wanted to be in a position where he would have to answer for his crimes,” Goldbarg said. “He wanted to avoid sitting right there. In front of you.”

The defense claims Guzman’s role has been exaggerated by cooperating witnesses who are seeking leniency in their own cases. In his closing, defense attorney Jeffrey Lichtman assailed the case as a “fantasy” and urged the jury not to believe cooperators who “lie, steal, cheat, deal drugs and kill people” for a living.

Last week, newly unsealed court papers revealed disturbing allegations not heard by the jury - that Guzman had sex with girls as young as 13. A Colombian drug trafficker told investigators the kingpin paid $5,000 to have the girls brought to him, and that he sometimes drugged them, the papers say.

The start of the proceedings on Monday were briefly delayed after two jurors indicted to the judge they were aware of reports about the alleged sex crimes. He questioned both behind closed doors before allowing them to remain on the jury.

The unsealing of the documents came at the request of The New York Times and Vice News. U.S. District Judge Brian Cogan had ordered prosecutors to review the material - originally sealed because it was deemed unrelated to the drug charges - and make portions of it public within four days of the government resting its case against Guzman.