UNITED NATIONS, Oct. 20 (Xinhua) -- A Chinese envoy on Thursday urged the international community to take concrete actions to achieve justice and development for women in conflict to strengthen their resilience. 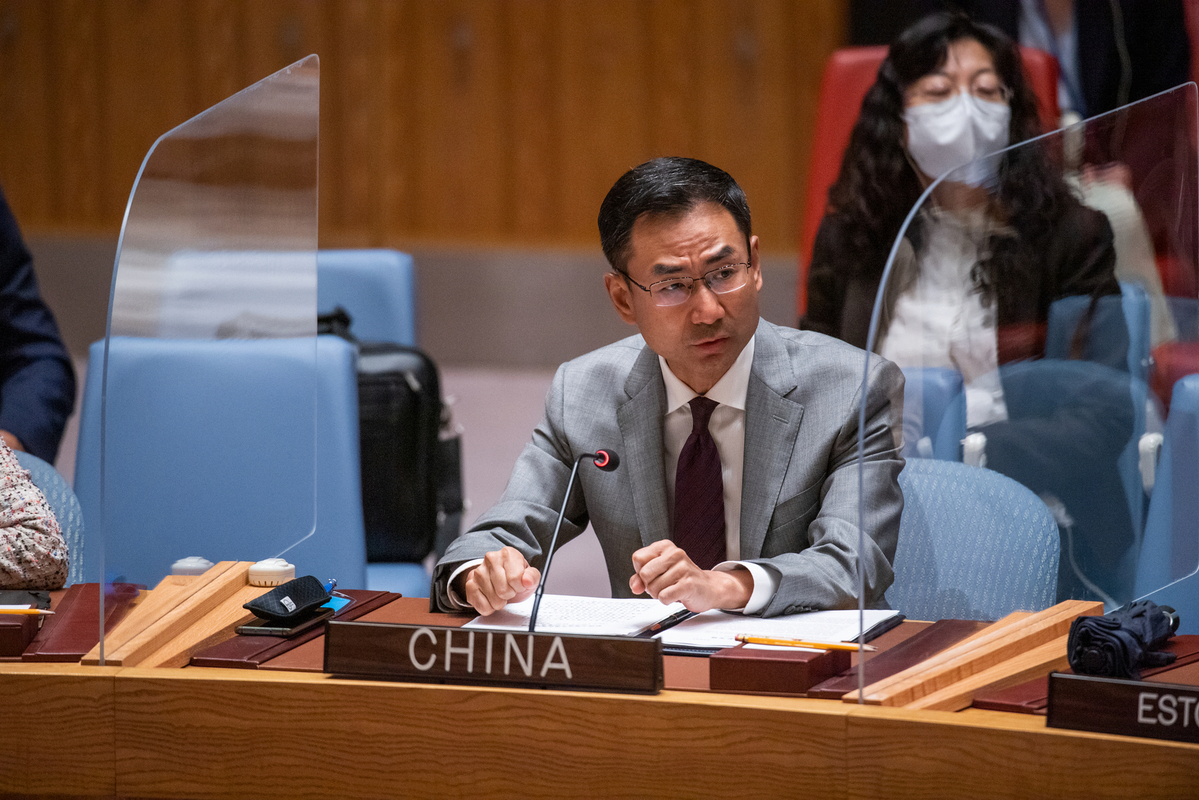 Strengthening the resilience of women in conflict is inherent in the agenda for women, peace and security, Geng Shuang, China's deputy permanent representative to the United Nations, told a Security Council open debate on the theme of "Strengthening Women's Resilience and Leadership as a Path to Peace in Regions Plagued by Armed Groups."

Behind strength and resilience is the expectation and hope for the future, he said, noting that only by achieving fairness and justice can women in conflict believe that they can look forward to the future.

Citing the Palestinian question, which has been dragging on for more than 70 years without a solution, Geng said that generations of Palestinian women "have seen their hair going from black to white."

"The international community must come up with concrete actions to uphold justice and deliver on its commitments to promote a comprehensive, just and lasting settlement of the Palestinian question at an early date, so as to return Palestinian women a belated justice," he said.

The envoy pointed out that the lack of resilience for women in conflict is rooted in the lack of development.

At present, the global food crisis is becoming more severe. The international community should speed up its response to the crisis and provide emergency assistance to vulnerable groups such as women in developing countries, he said.

China hopes that all parties concerned to the Ukrainian issue will promote dialogue and consultation, fully implement the Black Sea Grain Initiative and ensure that more grain is shipped to developing countries, Geng said.

"We should also take a long-term view in supporting women's economic empowerment and help more women earn their own living," he added.

Geng also urged the immediate lift of unilateral sanctions against countries such as Afghanistan, Syria, Cuba and Venezuela, saying that those unilateral measures are "the heavy shackles impeding the survival and development of local women."