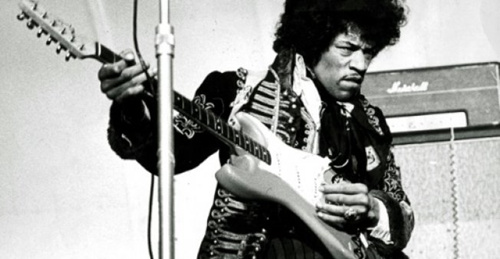 PARIS - With his suicide, Kim Jong-Hyun, lead singer of South Korean boyband SHINee, joins an ill-fated group of famous rock stars who passed away at 27 -- the so-called "27 Club".

He was found on Monday in a hotel room in the South Korean capital Seoul in what police said was suicide.

Winehouse, one of Britain most famous soul singers, was found dead in her bed at her London flat on July 23, 2011 after years of drug and alcohol addiction.

The singer of "Back to Black" and "Rehab", won six Grammy awards, one of them posthumously. She died of alcohol poisoning.

Cobain, who died on April 5, 1994, had a well-documented struggle with heroin during his brief career with US grunge rockers Nirvana. But it was not drugs that claimed his life, but his own hand.

Just weeks after taking an overdose of tranquilisers in Rome, Cobain, who was married to troubled rocker Courtney Love and best known for the hit "Smells Like Teen Spirit", killed himself with a shotgun at his house in Seattle.

On July 3, 1971, the US Doors singer of the hits "Light My Fire" and the brooding masterpiece "The End" died in his bathtub in his Paris flat, alcoholic and obese, after suffering a heart attack.

His grave is one of the most visited at the Pere-Lachaise cemetery in Paris.

On October 4, 1970, US singer Joplin, known for her bluesy vocal style, dies of a suspected heroin overdose. Her album "Pearl" was released posthumously and became her biggest seller.

Hendrix, the pioneering US guitar wizard whose whose hits included "Purple Haze" and "Hey Joe", died on September 18, 1970.

He choked on his own vomit in a hotel in London after swallowing sleeping pills and drinking red wine.

Jones, who left the Rolling Stones after disagreements with Mick Jagger and Keith Richards, had problems with drugs and alcohol.

He drowned in the swimming pool on his estate in Sussex, southern England during the night of July 2-3, 1969 and was found by his girlfriend. An inquest recorded a verdict of death by misadventure.