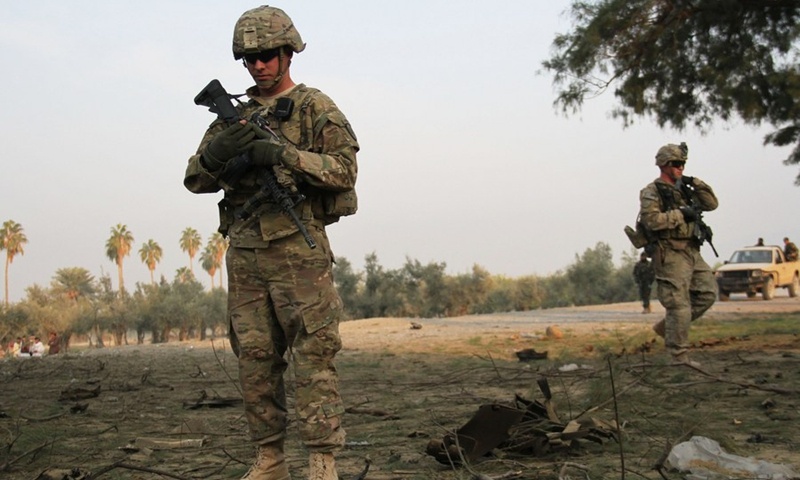 A chaotic race to help tens of thousands of people escape Taliban-run Afghanistan was boosted on Monday with the US ordering its commercial airlines to help, though President Joe Biden flagged the evacuations could go beyond next week's deadline.

The US military has overseen the evacuations of about 30,000 people since the Taliban marched into Kabul and took effective control of Afghanistan on August 15, following a stunningly swift rout of government forces.

The Taliban, infamous for an ultra-strict interpretation of Sharia law during their initial 1996-2001 rule of Afghanistan, have repeatedly vowed a softer version this time.

But terrified Afghans continue to try and flee, overwhelming the US-led military operation at Kabul airport and leading to tragic scenes in which at least seven people have died.

The Taliban's victory ended two decades of war as they took advantage of the Biden's decision to withdraw nearly all US troops from the country.

Biden had to redeploy thousands back to Afghanistan to oversee the evacuations.

He has insisted he wants to end the US military presence and the airlifts by August 31. But with the European Union and Britain saying it would be impossible to get everyone out by then, Biden is under pressure to extend the deadline.

Speaking at the White House, Biden said Sunday he hoped the airlift would not be extended, but said talks were underway to explore that possibility.

"There's discussions going among us and the military about extending," Biden said.

He acknowledged the searing scenes at the airport, which have included babies and children being passed to soldiers over razor-wire fences and men clinging to the outside of departing planes. But he said they were part of the cost of departure.

"There is no way to evacuate this many people without pain and loss and heartbreaking images you see," he said.

In an effort to ramp up the airlift, the US government ordered six major commercial airlines to fly back to the US those who have been evacuated from Kabul to US bases in the Gulf and Europe.

Overcrowding at those bases has slowed down, and occasionally stopped, the flights from Kabul.