German and US forces joined in a gun battle Monday at Kabul airport after Afghan guards and unknown assailants exchanged fire, with one guard killed, the German army said. 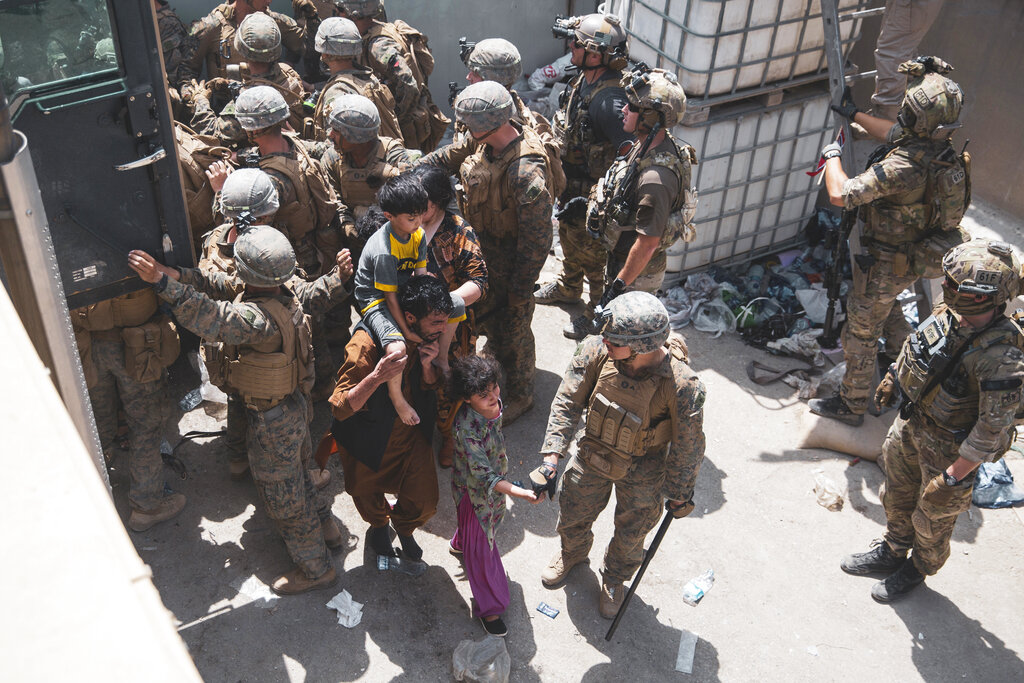 In this Aug. 20, 2021, photo provided by the U.S. Marine Corps, U.S. Marines and Norweigian coalition forces assist with security at an Evacuation Control Checkpoint ensuring evacuees are processed safely during an evacuation at Hamid Karzai International Airport in Kabul, Afghanistan. (Photo: AP)

"This morning at 4.13am, there was an exchange of fire between Afghan guards and unknown assailants at the North Gate of Kabul airport. An Afghan guard was killed, three others injured," said the German army on Twitter.

"American and German forces participated in further exchange of fire," it said, adding that no German soldiers were injured.

Kabul airport has seen chaotic scenes as tens of thousands of foreigners and Afghans seek to flee Afghanistan after the Taliban swept back to power more than a week ago.

The German army has since flown more than 2,500 people out using military planes.