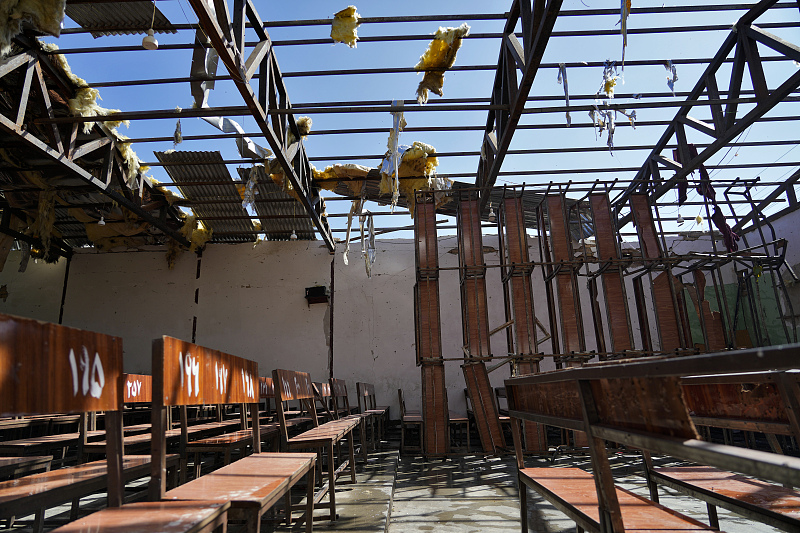 A view of the education center that is attacked by a suicide bomber, in Kabul, Afghanistan, September, 30, 2022. (Photo: CFP)

The death toll from a suicide bombing of a classroom in Kabul has risen to at least 35, the United Nations mission in Afghanistan told AFP on Saturday.

On Friday, a suicide bomber blew himself up at a study hall in the Afghan capital's western district of Dasht-e-Barchi as hundreds of pupils were taking tests in preparation for university entrance exams.

The neighbourhood is a predominantly Shiite Muslim enclave and home to the minority Hazara community -- a historically oppressed group that has been targeted in some of Afghanistan's most brutal attacks in recent years.

"The latest casualty figures from the attack number at least 35 fatalities, with an additional 82 wounded," the mission said in a statement.

Kabul police have so far said that 20 people were killed and 27 others wounded.

No group has claimed responsibility for the attack at the Kaaj Higher Educational Centre.