WORLD Kamala Harris: Midterms a fight for ‘the best of who we are’

Kamala Harris: Midterms a fight for ‘the best of who we are’ 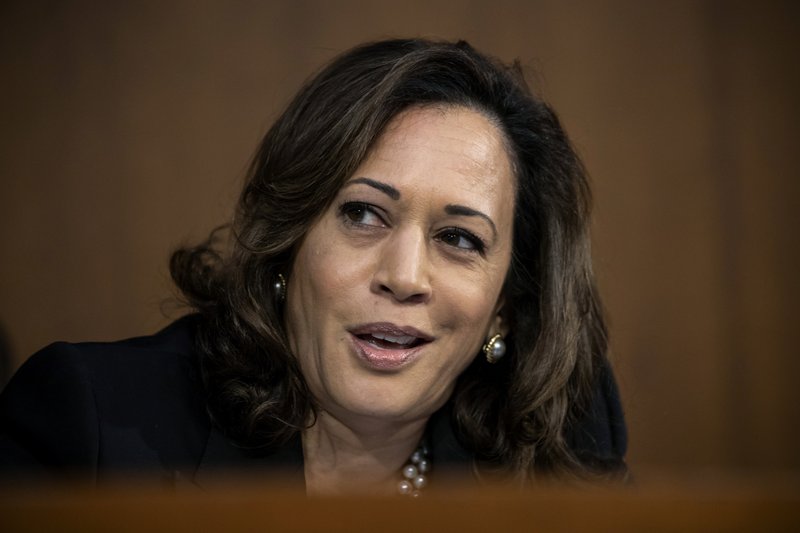 Declaring this midterm election year an “inflection point” in American history, Kamala Harris came Friday to South Carolina to tell Democrats that the way out of Donald Trump’s America is through the ballot box.

The California senator may have been referring to Nov. 6 elections, but her surroundings — the state that hosts the first Southern presidential primary — also carried the air of another election year: 2020.

Harris demurred when asked about her looming decision on a White House bid. Still, she brought a message that could transition easily should she join what is expected to be a crowded Democratic presidential field.

She bemoaned GOP efforts to dismantle the Affordable Care Act, blasted the Republican tax law as a giveaway to the rich and skewered unnamed interests trying to sow “hatred and division” in America. But the former prosecutor invoked the language of the legal profession to “reject the premise” that the U.S. is as divided as it often appears.

“The vast majority of us have so much more in common than what separates us. ... Let’s speak that truth,” she told party activists who later serenaded her with “Happy Birthday.” Harris turns 54 on Saturday.

It delighted the Democratic partisans Harris greeted at get-out-the-vote rallies and a campaign phone bank, particularly women who said they were looking for a younger nominee to do what Hillary Clinton could not in 2016.

“She’s fresh, she’s new — and she has the optimism, the youth, the vigor,” said Denise Scotti-Smith, a Democratic precinct captain in the upstate town of Simpsonville.

South Carolina has proven critical in Democratic politics, offering the first opportunity for would-be president to face a significant number of black voters. Harris and Booker are the only two black Democratic senators. (South Carolina’s Tim Scott is the Senate’s lone black Republican.) .

The state helped propel both Barack Obama and Hillary Clinton to the 2008 and 2016 nominations, respectively.

Harris acknowledged the importance of black voters in South Carolina and Democratic politics generally. The senator compared current national tensions to the civil rights era, describing her parents as active in that movement. She quipped that voters “can honor the ancestors with absentee ballots,” rather than waiting until Election Day.

Yet she seemed to carefully calibrate her message to a wide audience.

“Leaders should be able to see all of the people who we represent and see them equally,” she told reporters, later adding regardless of race or geography, “some of the issues are the same issues, because frankly the values are the same, and the challenges are the same for families, especially working families.”

That offered some contrast to Booker, who at multiple stops Thursday emphasized his personal and political ties within the black community.

Harris did not bring up her recent appearances — and Booker’s — on the national stage during the Senate Judiciary Committee’s consideration of Supreme Court Justice Brett Kavanaugh’s confirmation.

But several women thanked her for how she handled Christine Blasey Ford’s allegations of sexual assault against Kavanaugh. Harris said from the outset she believed Ford’s account that Kavanaugh assaulted her when they were in high school. Kavanaugh vehemently denied the accusation.

Bridgette Watson, 33, shed tears as she met with Harris. “I just appreciate so much that she treated Dr. Ford with respect,” Watson told The Associated Press afterward, describing herself as a sexual assault survivor. “The way she addressed her was empowering for women who have never told their stories. ... I didn’t tell mine until this year.”

Harris said she has experienced many such encounters since the Ford-Kavanaugh hearings, despite Kavanaugh’s eventual confirmation. “People who might have said hello (to me) are now telling (me) their story,” she said. Other don’t share details, Harris added, “but they are communicating 1,000 words without explicitly saying it.”

At a black church in Columbia, two white Harris backers, Susan Riordan, 54, and Katy Beverly, 46, noted the racial mix of the crowd, arguing that it shows Harris can build a wide coalition.

Riordan noted an obvious comparison to the last time Democrats nominated a first-term senator that drew similar crowds. “There’s a reason that Barack Obama ran only two years into office,” she said. “Once you get into Washington, you get twisted by Washington.”