Kanpur leads WHO blacklist of cities with worst air pollution 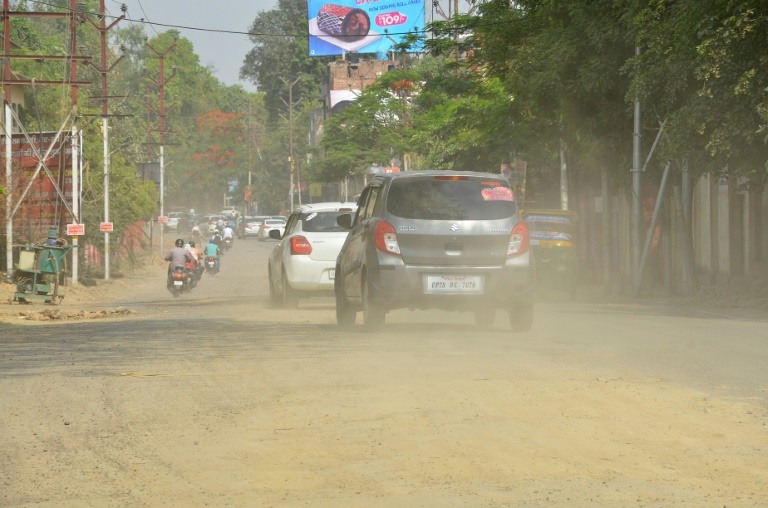 Indian commuters drive along a dusty road in Kanpur, judged to have the worst air pollution in a WHO global list of cities (Photo: AFP)

Residents of Kanpur reacted with dismay Wednesday after the Indian city was found to have the worst air quality in a global World Health Organization survey that urged the nation to clean up its act.

Fourteen Indian cities, led by the northern metropolis known for its leather and shoe industries, feature in the 15 cities with the dirtiest air in the WHO's global list.

The capital New Delhi and Agra, home of the Taj Mahal, also figured among the cities with the worst air in the survey of 4,300 cities in 100 countries.

Kanpur woke up to news of its unwanted accolade with pollution levels more than five times the WHO's recommended safe limit.

"As a resident of the city it makes me sad and appalled but this ranking should at least wake up the government and citizens to take some immediate steps to end the pollution," 55-year-old Kanpur resident Ramesh Soni told AFP.

The WHO report said more than 90 percent of the world's people are breathing dangerous levels of pollutants that killed some seven million people in 2016.

It found more than 90 percent of deaths occur in low- or middle-income countries, mainly in Asia and Africa. The WHO called on India to copy China's efforts to clean up its air, years after Beijing topped the list of the world's most polluted cities.

Kanpur suffers from high air pollution throughout the year, particularly in winter when bad air spikes to alarming levels.

Sudhir Gupta, a Kanpur leather goods manufacturer, blamed the cars and trucks that clog streets in the city of nearly three million.

"It is not surprising. The number of vehicles on the roads is increasing every day and as compared to that, there is relatively very little green cover left," Gupta said.

Every month nearly 7,000 new vehicles hit the roads in the city.

Thousands of small businesses and manufacturers depend on diesel generators due to lengthy power cuts and there are no curbs on burning of solid waste.

"The report by WHO is a warning about the serious and runaway pollution and public health emergency that confronts India today," environmental charity the Centre for Science and Environment said in a statement.

India for years has been struggling to improve the air quality in urban areas, which takes a huge toll on the health of millions of residents.

Each year dozens of its cities figure in the most polluted list but little or no effort is made to improve air quality.

In the latest report Delhi marginally improved its ranking to sixth, up from the most polluted city in 2014.

PM2.5 includes toxins like sulphate and black carbon, which can penetrate deep into the lungs or cardiovascular system.

"Now I cannot imagine stepping outside my home without covering my nose and mouth," Savita Saxena, an elderly woman, told AFP.

Kanpur doctors say the worsening air quality over the past decade has brought a major increase in respiratory and eye illnesses.

"Cases of respiratory diseases and eye discomfort are certainly on the rise. If not addressed in time, the effects of pollution can leave you with irreversible damage," said city doctor B.N. Khanna.