Azeri President Ilham Aliyev signed a decree on mobilization on the second day of clashes.

World leaders have urged a halt in fighting after the worst escalation since 2016 raised the specter of a fresh war between the ex-Soviet rivals Armenia and Azerbaijan. 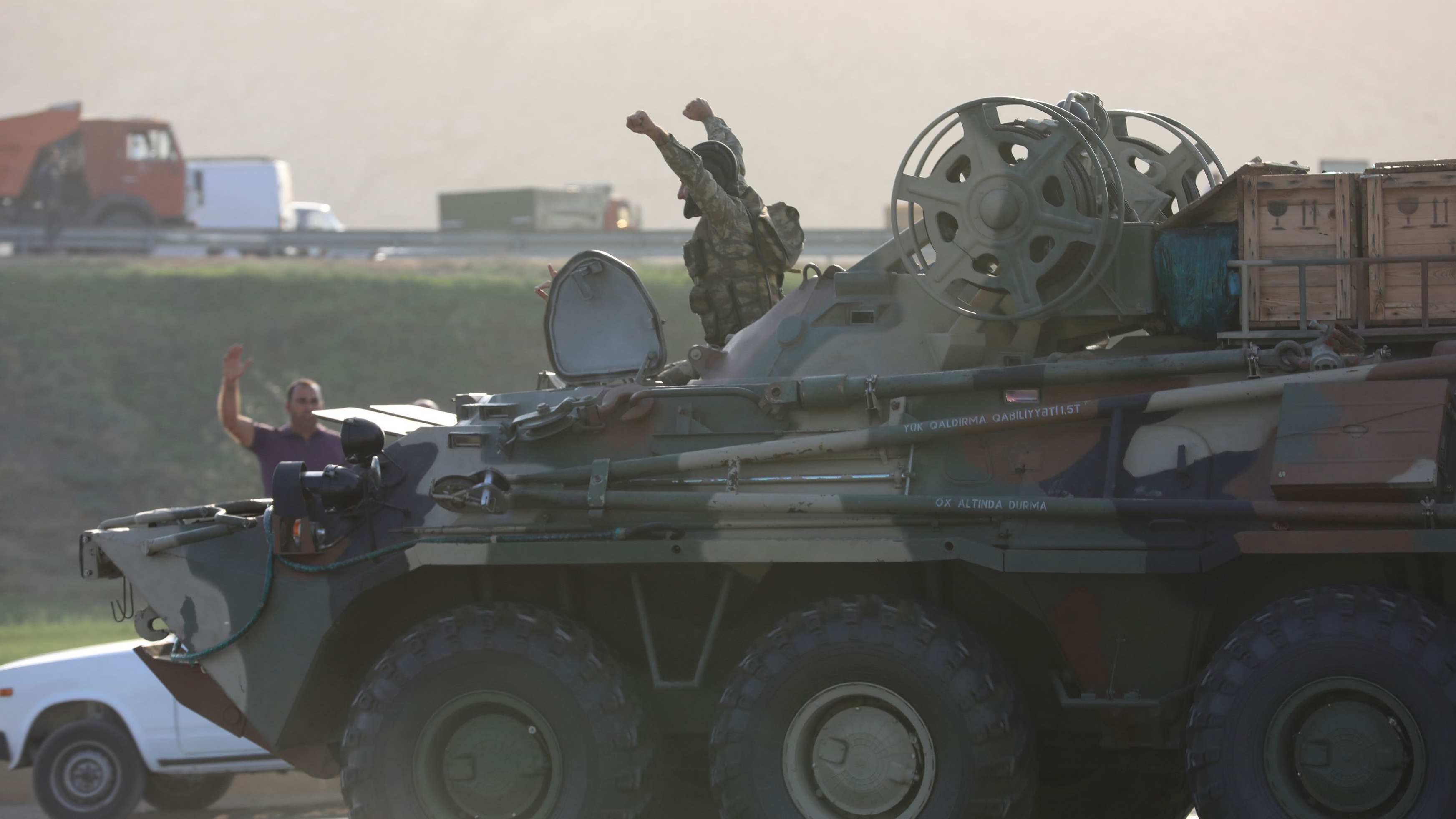 An Azerbaijani service member drives an armored carrier and greets people, who gather on the roadside in Baku, Azerbaijan September 27, 2020. (Photo: Reuters)

Spain's Foreign Minister Arancha Gonzalez is concerned about the recent escalation in hostilities between Armenia and Azerbaijan and called for a ceasefire during a press conference on Monday.

Her comments come after 21 people were killed earlier on Monday during a second day of heavy clashes over the disputed territory of Nagorno-Karabakh.

"The time has come for crisis in the region that started with the occupation of Nagorno-Karabakh to be put to an end. Once Armenia immediately leaves the territory it is occupying, the region will return to peace and harmony," Erdogan said in a prepared address.

Turkey strongly backs Azerbaijan in the region and has historically poor relations with Armenia.

The fiercest fighting in years between the two former Soviet republics has revived concern over stability in the South Caucasus, a corridor for pipelines carrying oil and gas to world markets.

Any move to all-out conflict could drag in major regional powers Russia and Turkey. Moscow has a defense alliance with Armenia, while Ankara backs its ethnic Turkic kin in Azerbaijan.

The two countries have been locked in a territorial dispute since the 1990s, when Karabakh declared its independence after a war that claimed 30,000 lives.

No country recognizes Karabakh's independence – not even Armenia – and it is still considered part of Azerbaijan by the international community.

"Twenty-eight servicemen died in action" on Monday, Karabakh's defense ministry said in a statement on the second day of fighting.

The total death toll rose to 68 including nine civilian deaths: seven in Azerbaijan and two on the Armenian side.

Azerbaijan has not yet released information on military casualties since the latest fighting broke out.

Talks to resolve one of the worst conflicts to emerge from the 1991 collapse of the Soviet Union largely stalled in 1994 when a ceasefire was agreed.

France, Russia and the United States have mediated peace efforts as the "Minsk Group" but the last big push for a peace deal collapsed in 2010.