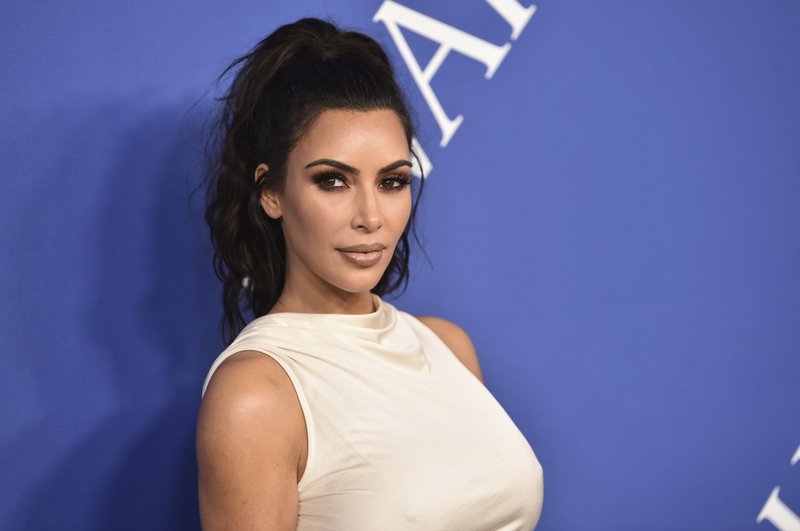 The women appeared together in an interview NBC’s “Today” show aired Thursday after they met face to face for the first time in Mississippi.

Johnson says she plans to work for inmates still behind bars.

“I plan on continuing to magnify this issue. I can’t stop,” she said. “I’ve lived it, I’ve walked with them, I’ve cried with them. My life is completely intertwined forever with those who were left behind.”

NBC reports that Kardashian West says she’s already brought other cases to the White House, using her status as a reality TV celebrity for the greater good.

Kardashian West says people are asking her if she’s getting into politics, “and I say ‘no, I’m still doing me.’”

“To me this has nothing to do with politics, this has to do with people,” she said. “I hope maybe this inspires more people to talk to the people in power, that you can have an effect over them for the greater good of other people.”

Johnson said she didn’t know her sentence had been commuted until Kardashian West broke the news to her in a prison phone call.

“She said you can go home, you can go home now. Are you ready to go home? When she said that I went into full-fledged Pentecostal holy dance ... I was dancing. I was jumping. I was screaming. I was doing everything.”

She said a simple thank you to Kardashian West isn’t enough. She’s working on living out her thank you by helping others. She showed a photo of Kardashian West and her husband Kanye that she keeps in her Bible.

After commuting Johnson’s life sentence and granting a posthumous pardon to boxing’s first black heavyweight champion, Jack Johnson, at the request of actor Sylvester Stallone, Trump invited professional athletes with friends behind bars to bring those cases to his attention as well.

The president then insisted that he’s also interested in using his near-limitless clemency power on behalf of people who don’t have celebrity supporters. But by operating outside the usual Justice Department clemency protocol, he’s drawn criticism that he’s playing favorites.

Advocates for policy changes, such as the Sentencing Project and the American Civil Liberties Union, are calling on Trump and Congress to focus instead on changing the system. Several measures stuck in Congress would reduce sentences for non-violent drug offenders.