The disputed region of Kashmir was thrown into further turmoil in the early hours of Monday as regional leaders said they feared being arrested and Indian officials imposed restrictions in the city of Srinagar and suspended mobile data services in parts of the region. 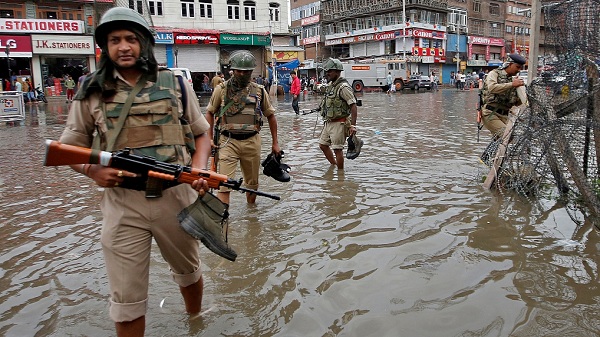 Tensions in Kashmir, which is claimed by both India and Pakistan, had risen since Friday when local Indian officials issued an alert over possible militant attacks by Pakistan-based groups. Pakistan has rejected those assertions, but thousands of Indian tourists, pilgrims and workers left the region in panic over the weekend.

"As per the order there shall be no movement of public and all educational institutions shall also remain closed (in the district of Srinagar)," Indian authorities said in an order, saying the restrictions were being imposed starting at midnight.

"There will be a complete bar on holding any kind of public meetings or rallies during the period of operation of this order," authorities said, adding restrictions would remain in effect until revoked by further orders.

The situation has been aggravated as some regional leaders have expressed fears that Indian Prime Minister Narendra Modi's government may try to withdraw decades-old special rights conferred on the region, including an amendment to the Indian constitution that prevents people from outside the region from buying property there.

There have also been concerns that Modi's Hindu nationalist Bharatiya Janata Party (BJP) could move to abolish Kashmir's autonomous status, a plan that has in the past provoked warnings of a backlash in the Muslim-majority region.

The region has been under New Delhi's rule since last year after Modi's BJP withdrew from a coalition with a local party. 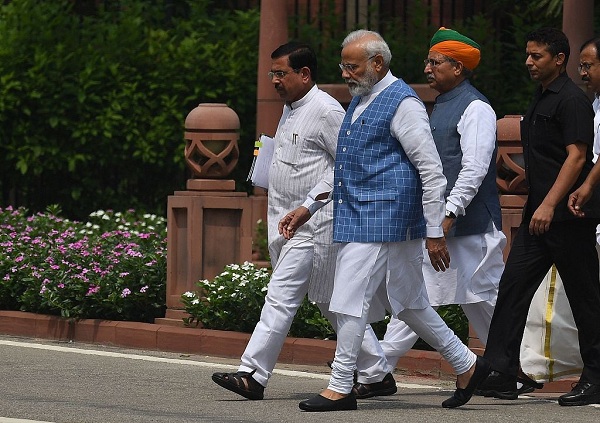 A spokesman for India's federal home ministry in New Delhi did not immediately respond to a request for comment outside regular business hours.

On Sunday, regional parties met and vowed to safeguard the special status, saying any move to strip the privilege would amount to aggression against the people of the region.

"I believe I'm being placed under house arrest from midnight tonight and the process has already started for other mainstream leaders. No way of knowing if this is true," Omar Abdullah, the region's former chief minister, said on Twitter, while appealing to people to stay calm.

Mehbooba Mufti, another regional leader and Modi's former ally, said on Twitter it was "ironic that elected representatives like us who fought for peace are under house arrest. The world watches as people and their voices are being muzzled."

Kashmir has long been a bone of contention between India and Pakistan. Tensions flared after a vehicle laden with explosives rammed into an Indian police convoy on February 14, killing 40 paramilitary police, and leading to aerial clashes between the two nations. 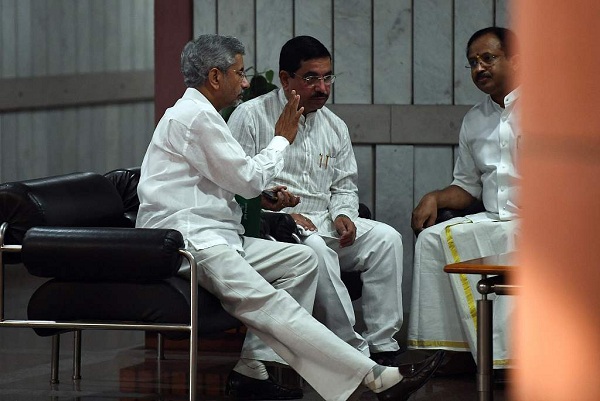 India accuses Pakistan of funding armed militants and separatist groups in India's portion of the region. Islamabad denies the Indian accusation, saying it provides only diplomatic and moral support to a separatist movement.

Tensions between India and Pakistan over Kashmir have the potential to become a regional crisis and it is the right time for U.S. President Donald Trump to mediate, Pakistan Prime Minister Imran Khan said on Sunday.

Khan spoke a day after Pakistan accused India of using illegal cluster bombs, killing two civilians and wounding 11, in the disputed Kashmir region. India denied it had used such weapons.

India's foreign affairs ministry and the White House did not immediately respond to a request for comment on Khan's remarks.

Trump told reporters last months that Modi had asked him if he would like to be a mediator on Kashmir. India denied Modi ever asked for any mediation on July 22. 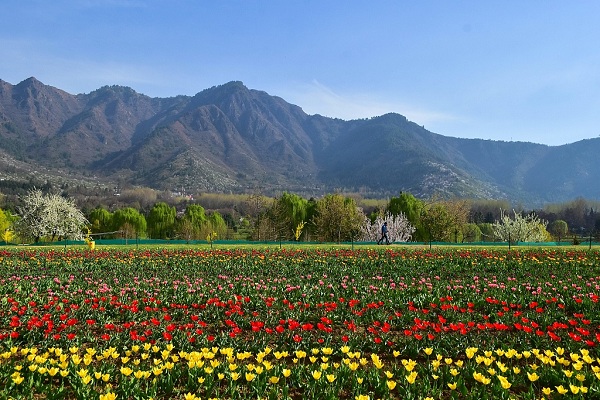 Kashmir touts itself as a "Paradise on Earth," with its scenic views and natural beauty. Srinagar holds Asia's largest tulip garden, with 46 varieties and an overview of the famous Dal Lake, India-controlled part of Kashmir, April 3, 2019.

India has long rejected any suggestion of third-party involvement and said it would deal with Pakistan only bilaterally.

On Sunday, even before restrictions were imposed in Srinagar city, Kashmir remained on high alert as Indian paramilitary forces were deployed across major towns.

Hospitals were on alert too, with staff told not to leave the city without permission, officials said.

The local authorities said on Friday it had intelligence about militant attacks and called off a major Hindu pilgrimage, asking pilgrims and tourists to return home.

Kashmir touts itself as a "Paradise on Earth," with its Dal Lake, famous houseboats and mountains among major attractions.

Britain and Germany have discouraged their citizens from visiting, but around 160 foreign tourists arrived on Saturday, one official said.