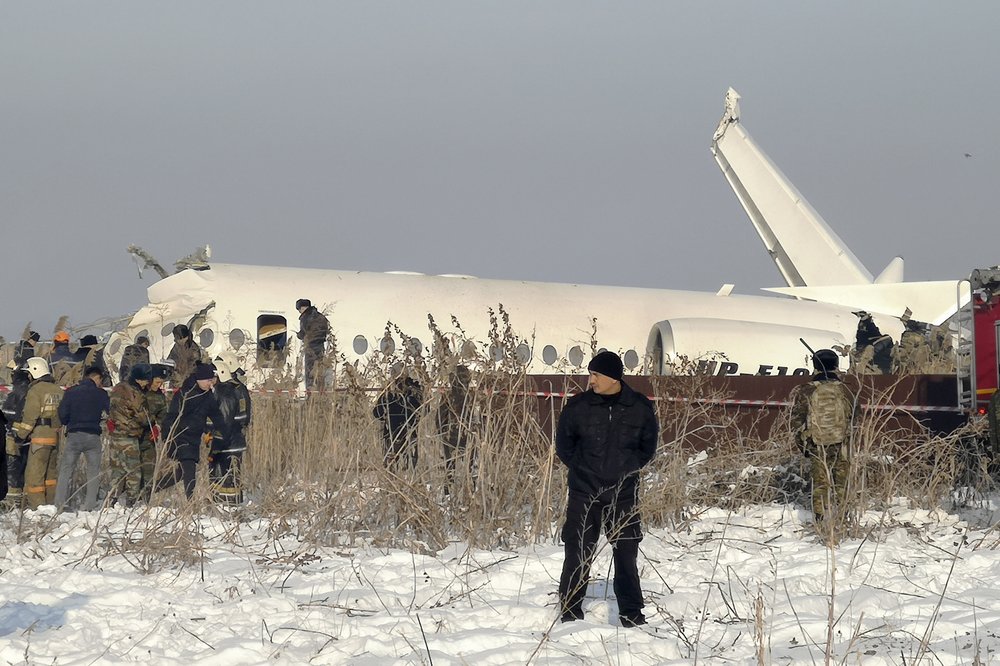 Police guard as rescuers work on the side of a plane crashed near Almaty International Airport, outside Almaty, Kazakhstan, Friday, Dec. 27, 2019. (Photo: AP)

Technical failure, pilot error and weather conditions are being considered as possible causes of the plane crash in which 12 people were killed and more than 50 injured, officials in Kazakhstan said Saturday.

The plane with 98 people on board apparently struggled to get off the ground, with its tail striking the runway twice during takeoff.

Residents of Almaty were continuing to bring flowers and candles to a makeshift memorial near the airport entrance and 49 people injured in the crash were still hospitalized.

Kazakhstan’s Interior Ministry said Saturday that the investigation of the tragedy was underway. Police are analyzing documents, audio and video recordings related to the crash, questioning officials and passengers and inspecting the airport’s infrastructure.

The Ministry of Industry also said that the plane’s flight recorders would be passed on to the Interstate Aviation Committee in Moscow for examination and analysis.