The president of Kazakhstan on Sunday declared a nationwide state of emergency to stem the spread of new coronavirus infections, further limiting travel and commerce. 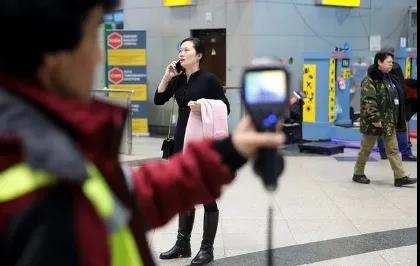 The Central Asian country, which currently has only eight cases of COVID-19, will abide to new measures starting Monday for one month, according to a decree published on the website of President Kassym-Jomart Tokayev.

The state of emergency expands on measures announced Thursday to ban public events, also introducing "limits on functioning of large retail centres" and "limits" on entry and exit from the country, without explaining who would be banned from crossing the border.

All entertainment centres, including cinemas theatres and exhibits would be closed, it said.

The decree also unlocked funds from a government reserve to provide for the state of emergency, and tasked the government with "increasing control" over people who may be dodging quarantine or medical treatment.

A World Trade Organization conference scheduled in Kazakhstan in June is also unlikely but the official decision is yet to be made at a general council meeting.

Neighbouring Uzbekistan, which registered its first case Sunday, announced it is closing its borders to all transport.