Kazakhstan's capital city Astana has been renamed Nur-sultan after the country's new President Kassym-Jomart Tokayev signed a decree on the renaming in honor of his predecessor Nursultan Nazarbayev.

The decree published on the presidential website on Saturday took effect immediately. 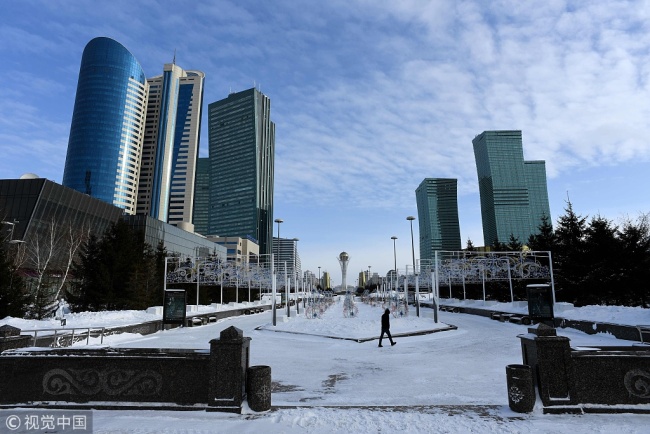 In this file photo taken on January 22, 2017 a man walks in downtown Astana, with the Bayterek monument seen in the background. (File Photo: VCG)

The Kazakh parliament on Wednesday approved a bill to rename the capital after Nazarbayev at a joint session of its two houses.

Earlier on Wednesday, Tokayev was sworn in as Kazakhstan's president following Nazarbayev's resignation. After his inauguration, Tokayev proposed to rename the Kazakh capital without a referendum.

Nazarbayev had served as Kazakhstan's president for nearly three decades since its independence from the Soviet Union in 1991. He remains the head of the Central Asian country's Security Council, leader of the ruling Nur Otan party and a member of the Constitutional Council.

Nazarbayev announced his decision to step down on Tuesday.