Keeping girls in school seen worth billions to developing nations

Making sure all girls are finishing secondary education by 2030 could boost the gross domestic product (GDP) of developing countries by 10 percent on average over the next decade, a report said on Tuesday. 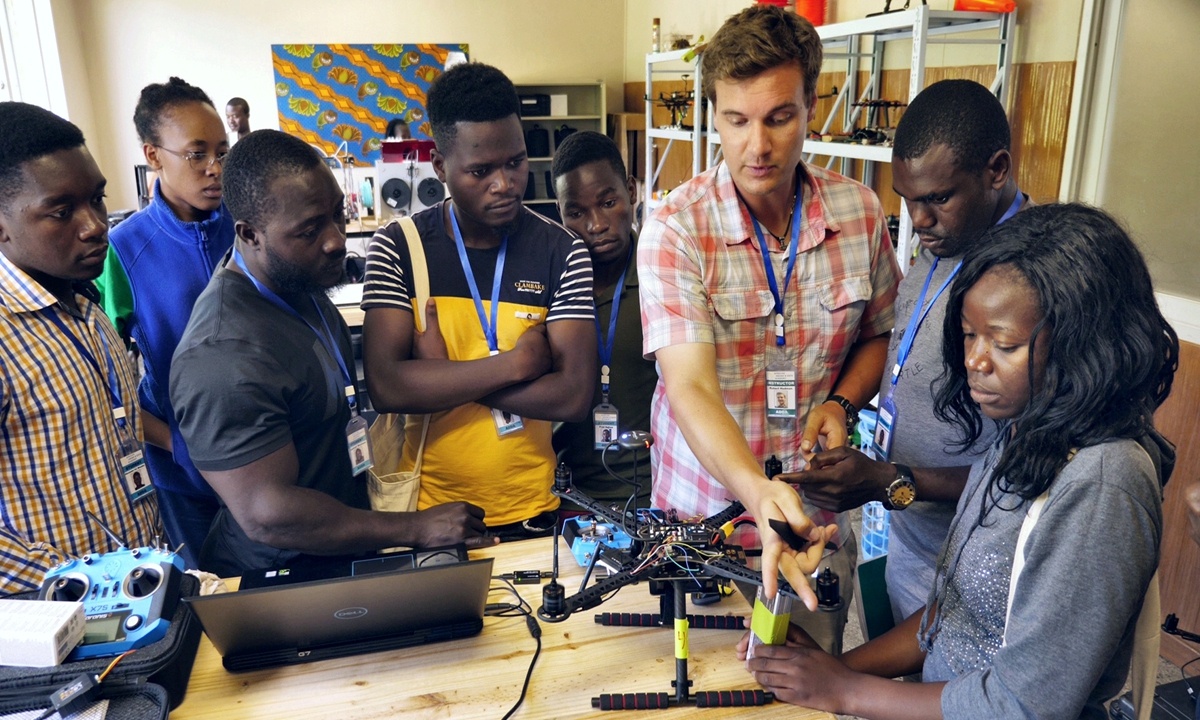 An instructor teaches students how to assemble a drone at the newly opened African Drone and Data Academy in Lilongwe, Malawi, January 24. (Photo: VCG)

Every $1 spent on girls' rights and education would generate a $2.80 return - equivalent to billions of dollars in extra GDP, according to the study by rights group Plan International and financial services firm Citi's Global Insights team.

Some 130 million girls worldwide were already out of school before COVID-19, according to the United Nations cultural agency UNESCO, which said more than 11 million may not return to classes after the pandemic.

Girls are more likely than boys to miss out on school, UN children's agency UNICEF says. Many families choose to invest in sons over daughters, while violence, poverty and child marriage also impact their access to education.

The new report, which was based on a study of eight developing and emerging-market nations including India, Egypt, Uganda, Bolivia and Laos, called for a "holistic" approach with measures spanning education, health and violence-prevention. Some low-income countries could struggle to ensure that all girls are completing their schooling by 2030, the report said, noting that boosting women's inclusion could help across wider society.