Britain's main opposition Labour party on Saturday announced that Keir Starmer had been elected as its new leader, replacing Jeremy Corbyn who resigned after its crushing December election defeat. 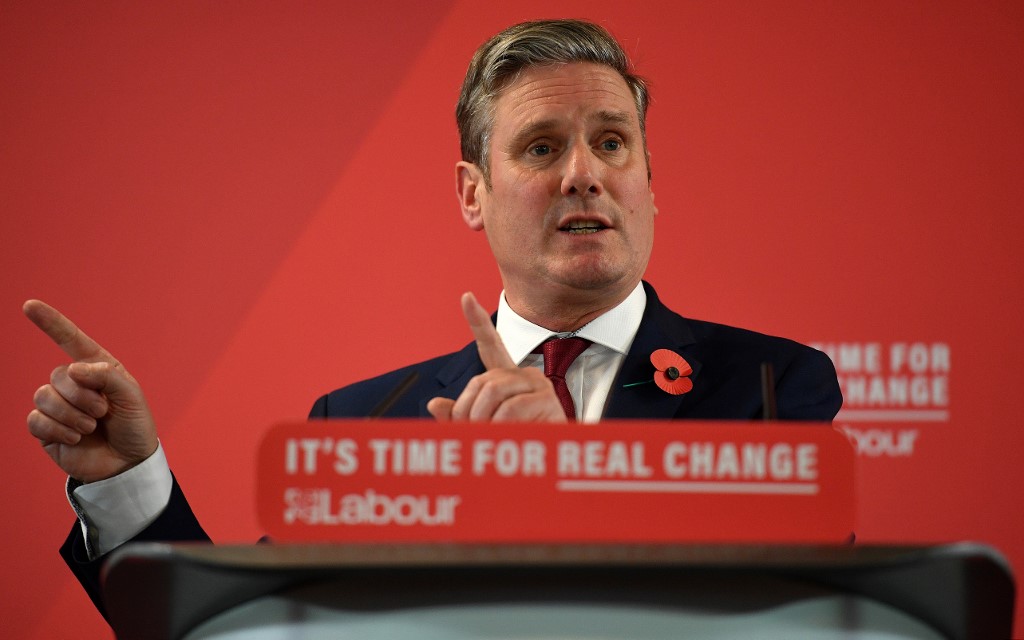 Angela Rayner becomes the new deputy leader, Labour announced on Twitter, after it was forced to cancel a special conference because of the coronavirus outbreak.

Starmer, who was Labour's Brexit spokesman, thanked supporters and his opponents in the three-month campaign that followed Corbyn's election defeat to Boris Johnson's Conservatives.

He called it "the honour and privilege" of his life and vowed to "engage constructively" with Johnson's government, particularly in the fight-back against COVID-19.

But he also vowed to reunite the party, after deep divisions caused by veteran socialist Corbyn's hard-left ideals that clashed with advocates of a more centrist approach, and Brexit.

And he immediately addressed the issue of anti-Semitism that Corbyn was accused of failing to tackle, which tarnished the party's reputation and caused Jewish members to leave in droves.

"Anti-Semitism has been a stain on our party. I have seen the grief that it's brought to so many Jewish communities," Starmer said. "On behalf of the Labour Party, I am sorry.

"And I will tear out this poison by its roots and judge success by the return of Jewish members and those who felt that they could no longer support us."

Starmer, who won 56.2 percent of the vote of more than 500,000 Labour members, acknowledged the party had "a mountain to climb", after four straight general election defeats.