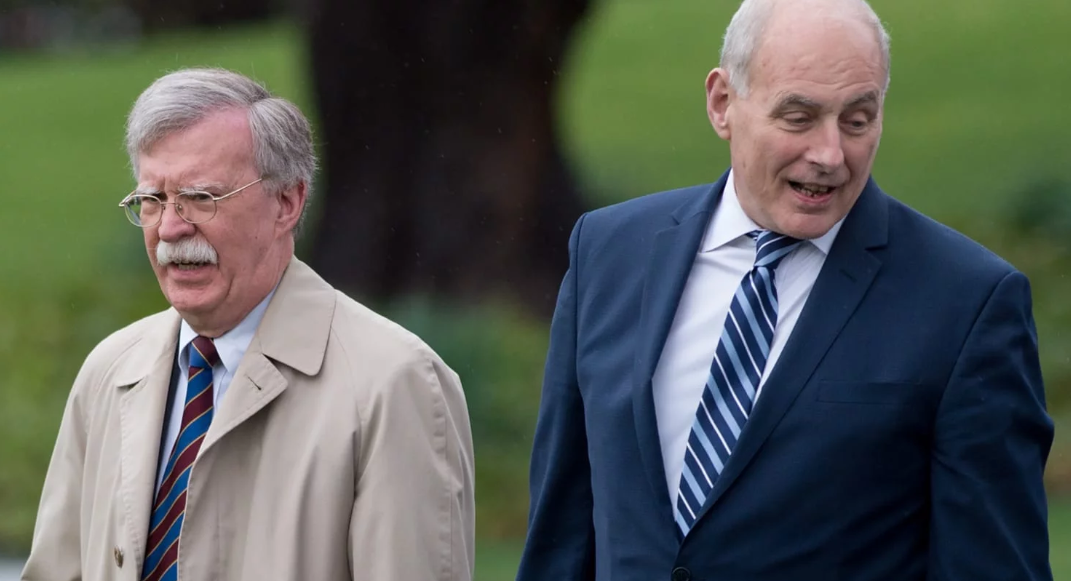 President Donald Trump’s chief of staff and his national security adviser engaged in a profanity-laced argument outside the Oval Office on Thursday, according to three people familiar with the episode.

It wasn’t immediately clear what the chief of staff, John Kelly, and the national security adviser, John Bolton, were arguing about. The clash is an indication that tension is resurfacing in the White House 19 days before midterm elections in which Republican control of Congress is at stake.

The shouting match was so intense that other White House aides worried one of the two men might immediately resign. Neither is resigning, the people said.

It’s not clear if Trump heard the argument. But the people said he is aware of it.