Kenya bans night travel in the wake of fatal accidents 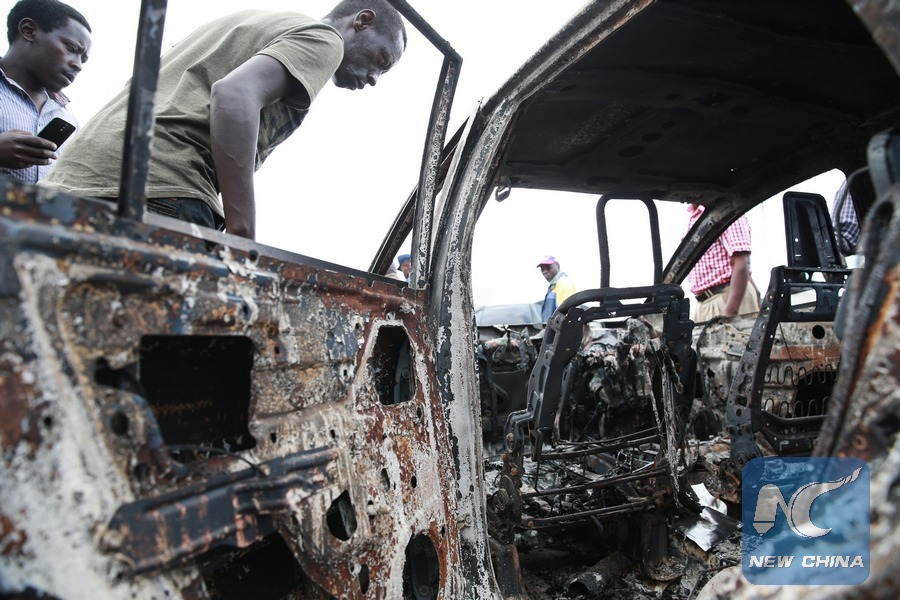 The Kenyan government on Sunday banned long-distance public service vehicles from traveling at night in a bid to prevent accidents that have so far claimed 200 lives in the month of December.

Director General of National Transport and Safety Authority (NTSA) Francis Meja said in a statement issued in Nairobi that the ban which takes effect from Dec. 31 prohibits buses ferrying passengers to long distances from operating beyond 7 p.m.

"Over the recent past, our records indicate that majority of crashes occur during the night. In order to review the effectiveness of the current measures in place to improve road safety, we hereby suspend night travel for long distance public service vehicles," said Meja.

He announced the ban came a few hours after a horrific accident involving a bus and trailer claimed 36 lives along the Nakuru-Eldoret highway at dawn on Sunday.

The bus that was heading to Nairobi from the border town of Busia had 46 passengers when it collided with an oncoming trailer.

Meja said authorities have intensified probe into the cause of the crash in an accident black spot where more than 100 lives have been lost in the month of December alone.

The Sunday dawn road accident along the major highway connecting Kenya's capital, Nairobi and western parts of the country happened against a backdrop of heightened preparations to usher in the New Year.

Government officials cautioned motorists against reckless driving to prevent more fatalities on the road as the country geared up for New Year celebrations.

"We would like to reiterate that action will be taken on motorists who flout traffic rules through over-speeding that often leads to accidents," said Meja.

He added that the government will implement a raft of new measures to minimize accidents on the roads and major highways.

"We assure the public that all is being done to address the upsurge of fatal crashes across the country. We appeal to all motorists to be extra vigilant," Meja said.