Kenya on Friday became the third country to start routinely innoculating infants against malaria, using the world's first vaccine to combat a disease that kills 800 children globally every day.

The vaccine -- lab name RTS,S -- targets the deadliest and most common form of malaria parasite in Africa, where children under five account for two-thirds of all global deaths from the mosquito-born illness. 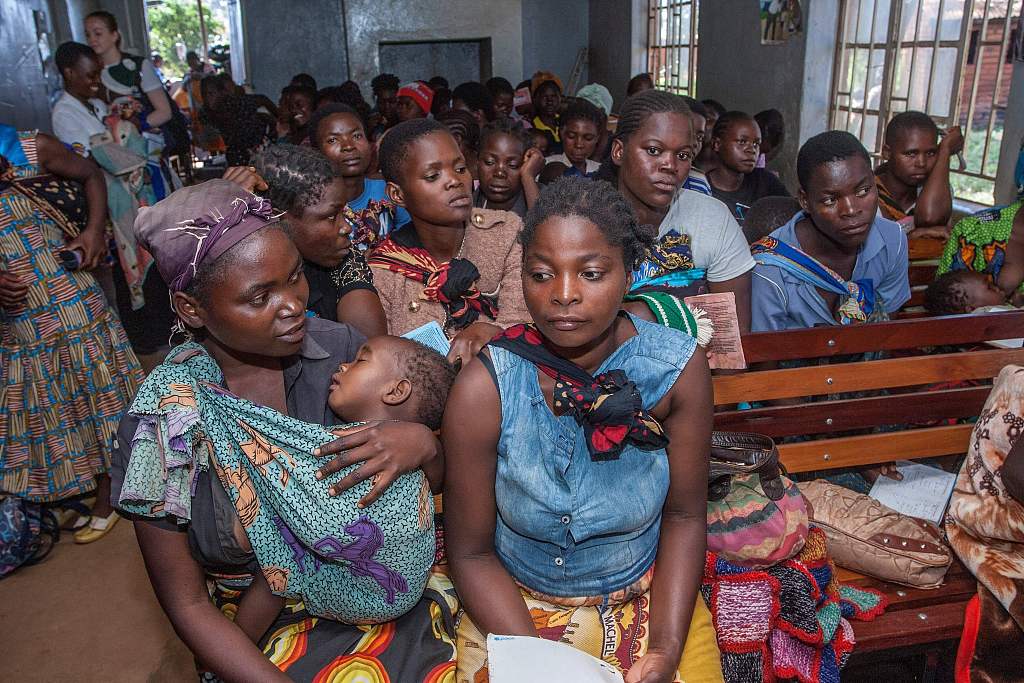 Mothers wait for their sick babies to receive treatment at the beginning of the Malaria vaccine implementation pilot programme at Mitundu Community hospital in Malawi's capital district of Lilongwe, on April 23, 2019. (File photo: VCG)

Kenya joins Malawi and Ghana, which commenced their own pilot programs for the vaccine supported by the World Health Organization (WHO) earlier this year.

The vaccine will be introduced in phases across malaria-endemic parts of western Kenya near Lake Victoria, starting with Homa Bay, the country's health ministry said.

"It's an exciting time for Kenya as we roll out this vaccine in parts of the country where the burden of malaria is the highest," Health Minister Sicily Kariuki said in a statement.

RTS,S will be added to the national immunisation schedule in these areas, given alongside other routine shots for children under two.

The health ministry said 120,000 Kenyan children were expected to be vaccinated under the pilot programme.

The country has distributed insecticide-treated mosquito nets, fumigated homes and improved diagnostics in its fight against malaria.

But the disease remains stubborn. The health ministry says malaria claimed more than 10,000 lives in 2016, and infected millions more.

As in the rest of the world, children in Kenya bear the brunt of the disease.

Up to 27 percent of Kenyan children under five have been infected with the disease, the health ministry said.

"This vaccine represents an additional tool that will boost Kenya’s efforts in reducing malaria infections and deaths among children," Kariuki said.

WHO says a child dies roughly every two minutes from malaria somewhere in the world.