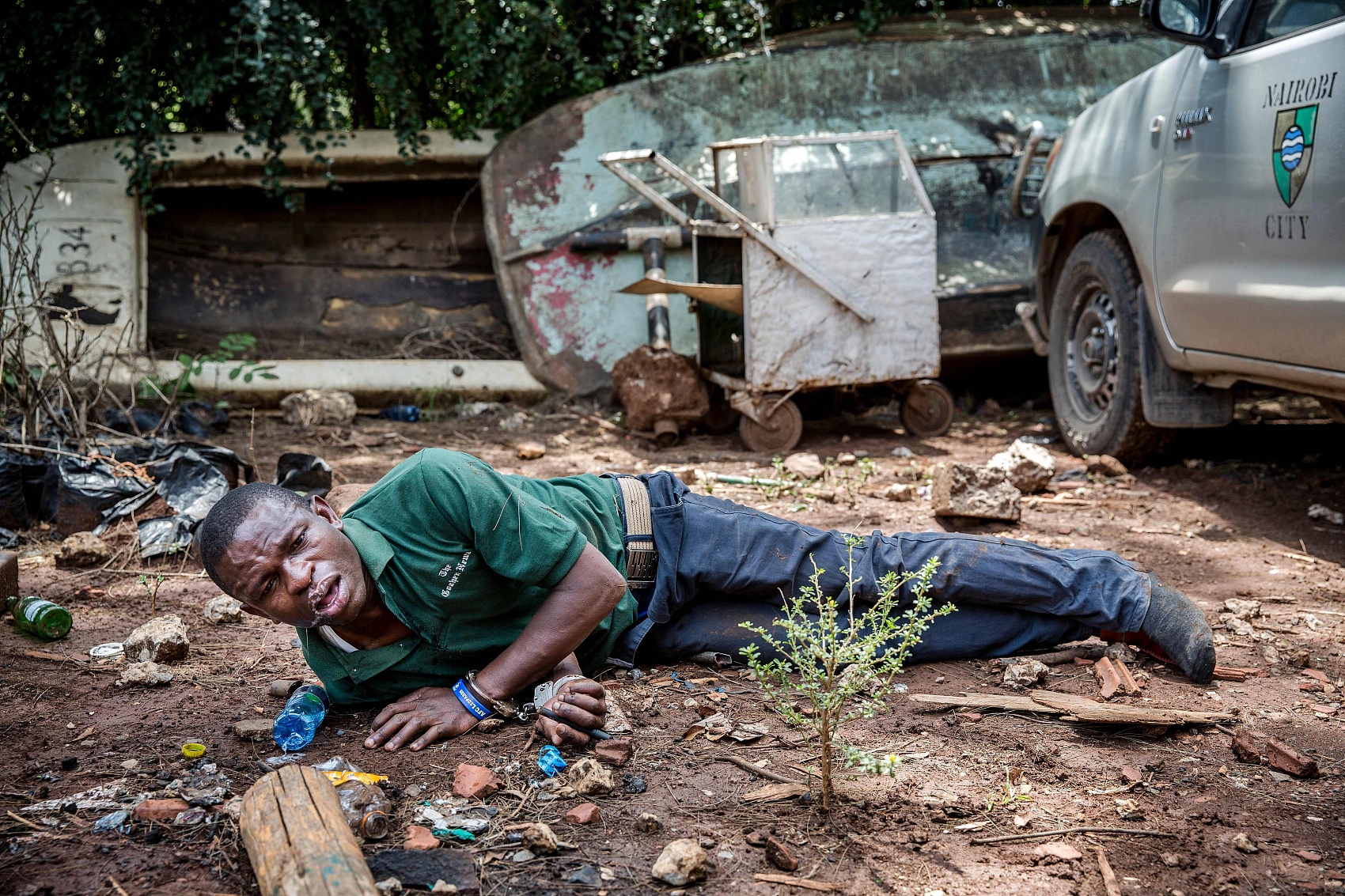 A opposition supporter seriously affected by tear gas and allegedly beaten up by police officers lays on the ground with handcuffs on after being arrested in Uhuru Park in Nairobi, on October 13. Photo: VCG

Kenya's local investors on October 24 said the country has lost approximately $7 billion in the last four months due to political uncertainty associated with electioneering.

The Kenya Private Sector Alliance (KEPSA) told a media briefing in Nairobi that between July and October economic activity has slowed down due to anxiety surrounding the elections.
"The private sector having reviewed the loss, has estimated it to be about 10 percent of the gross domestic product which is equivalent to $7 billion," KEPSA Trustee Patrick Obath said.
Kenyans went to the presidential polls on Aug. 8 but the Supreme Court later nullified the results on Sept. 1 and ordered a re-run within 60 days.
The Independent Electoral and Boundaries Commission (IEBC) set the date for repeat presidential polls for Thursday.
Leading opposition leader Raila Odinga has boycotted the polls, citing lack of requested reforms at the IEBC before the repeat balloting.
The opposition has been holding regular street demonstrations to protest the repeat presidential polls and has been demanding the elections to be postponed.
Obath said the prevailing political uncertainty in the country is threatening to destabilize the economy.
He said the private sector shares Kenyans' pain from any damage that comes from election-related chaos.
"Our members, especially the small and medium enterprises, have experienced financial loss arising from the election itself, and from associated chaos," he added.
"This is why we have consistently called Kenyans' attention to the disastrous economic consequences of the present uncertainty which affects all Kenyans," Obath said.
According to KEPSA, the public transport sector lost 7 million dollars in the week following the elections and is experiencing daily losses of up to $750,000 since Sept. 1.
The private sector lobby noted that between Aug. 25 and Oct. 12, the market capitalization of the Nairobi Securities Exchange declined by $2 billion.