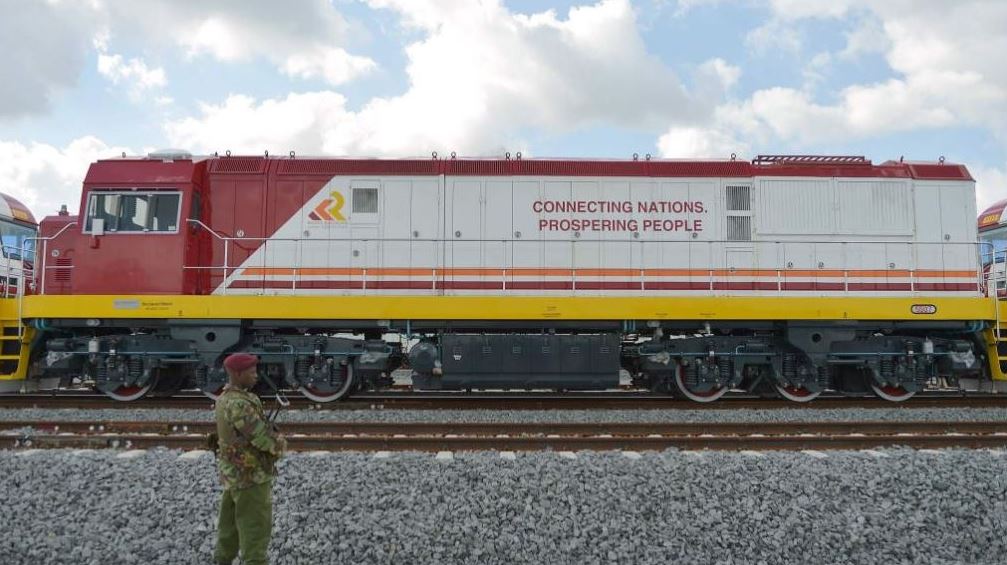 FILE PHOTO: A guard passes a locomotive train car at the container terminal of the port of the coastal town of Mombasa on May 30, 2017. (Photo‍: CFP)

Kenya and the Netherlands on Monday signed an agreement to facilitate export of horticulture through the Standard Gauge Railway (SGR).

James Macharia, cabinet secretary in the Ministry of Transport, Infrastructure, Housing, Urban Development and Public Works told journalists in Nairobi that the deal involves the development of a cool logistics corridor on the railway system for transportation of fresh produce to the port of Mombasa for onward export to Europe.

According to the ministry of transport, Kenya's key gateway the port of Mombasa as well as the SGR stations will be equipped to support freight of frozen horticultural products in order to enhance international trade.

"The SGR network has the capacity and speed required to transport frozen fresh produce to the port of Mombasa from any consolidation center along the rail line," Macharia said.

Liesje Schreinemacher, Netherlands Minister of Foreign Trade and Development, said that her country is committed to creating a sustainable sea freight solution for fresh produce that will reinforce Kenya as a regional hub for handling perishable goods.

Horticulture is a major source of foreign exchange for Kenya alongside tea, tourism and remittances. According to the Kenya National Bureau of Statistics, Kenya's earnings from exports of cut flowers, fruits and vegetables rose 5% in 2021 from the previous year.