NAIROBI, Dec. 13 (Xinhua) -- Browsing his smartphone in November, Bernard Mutiso, a retired civil servant who lives in the south of Nairobi, Kenya's capital, bumped into an advertisement on open shoes on one of the online stores in the East African nation. 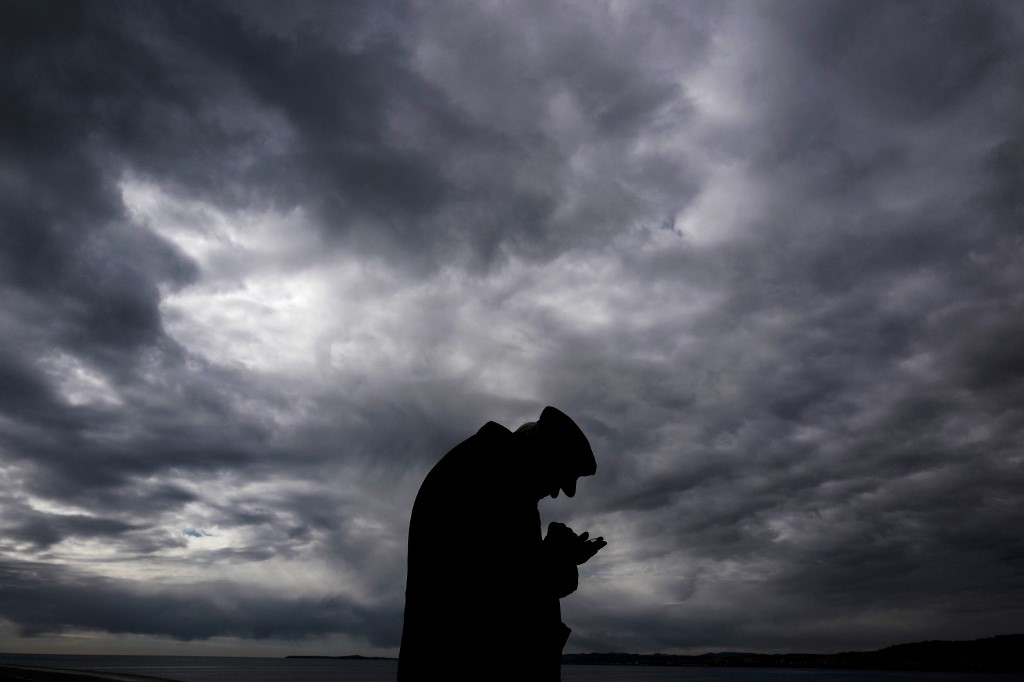 An elderly man looks at his smartphone as he stands at the Mediterranean Sea near the Promenade des Anglais in the French riviera city of Nice on February 3, 2019. (Photo: afp)

After reading it carefully, he asked his grandson to help him buy the shoes on the online site and they were later delivered, making him a happy man.

Since then, Mutiso, 61, has bought a new smartphone and a pair of shoes from the online store, with the items being delivered at his doorstep.

He is among the Kenyan older people who are fast embracing e-commerce as the use of mobile money and smartphones spreads convenience.

The Kenyan elderly are, thus, catching up with the young people, who have become the power behind Kenya's fast-rising e-commerce.

"It is the easiest way to shop especially with COVID-19 around since one must limit movement," said Mutiso.

Shoes, apparels, watches, belts, televisions and mobile phones are some of the things a majority of the elderly are buying online.

However, the older people are not only buying, they are also selling items, particularly those who are farming.

They are finding the online sites convenient when it comes to selling produce as they can post whatever they have and wait for buyers to reach them.

Joseph Macharia, founder of Mkulima Young, a leading online marketplace in Kenya, said that the number of older citizens using the site has been on the rise in the past months.

"While a majority of those selling and buying produce online are youth aged between 18 and 34, we have seen an increase in the number of users who are 55 and above," said Macharia.

He attributed this to the fact that for many years, farming in Kenya has been done mainly by the aged as they own and control land.

The elderly people who are farming are now turning to e-commerce to sell their produce thanks to increased smartphone use.

"The surge, particularly during the COVID-19 pandemic era, could be due to the need to prevent contracting the disease by the older people thus having found a convenient way to sell and buy produce from the comfort of their homes and farms," he said.

According to Macharia, from the feedback from his site, the older people are not only one-time users, many of them have become repeat users of the e-commerce site as one can not only buy and sell easily but they can also compare prices.

The Communication Authority of Kenya (CA) in its latest report for the quarter ending June notes that e-commerce has recorded a remarkable growth in the past months, an indication of more Kenyans taking up the service.

"This growth is likely to be more evident in the fourth quarter during which the manner of conducting business has changed drastically owing to the COVID-19 outbreak," the CA notes.

Bernard Mwaso of Edell IT Solution, a software start-up in Nairobi, attributed increased adoption of e-commerce among older people to the widespread use of mobile money and smartphones, which have enhanced internet usage.