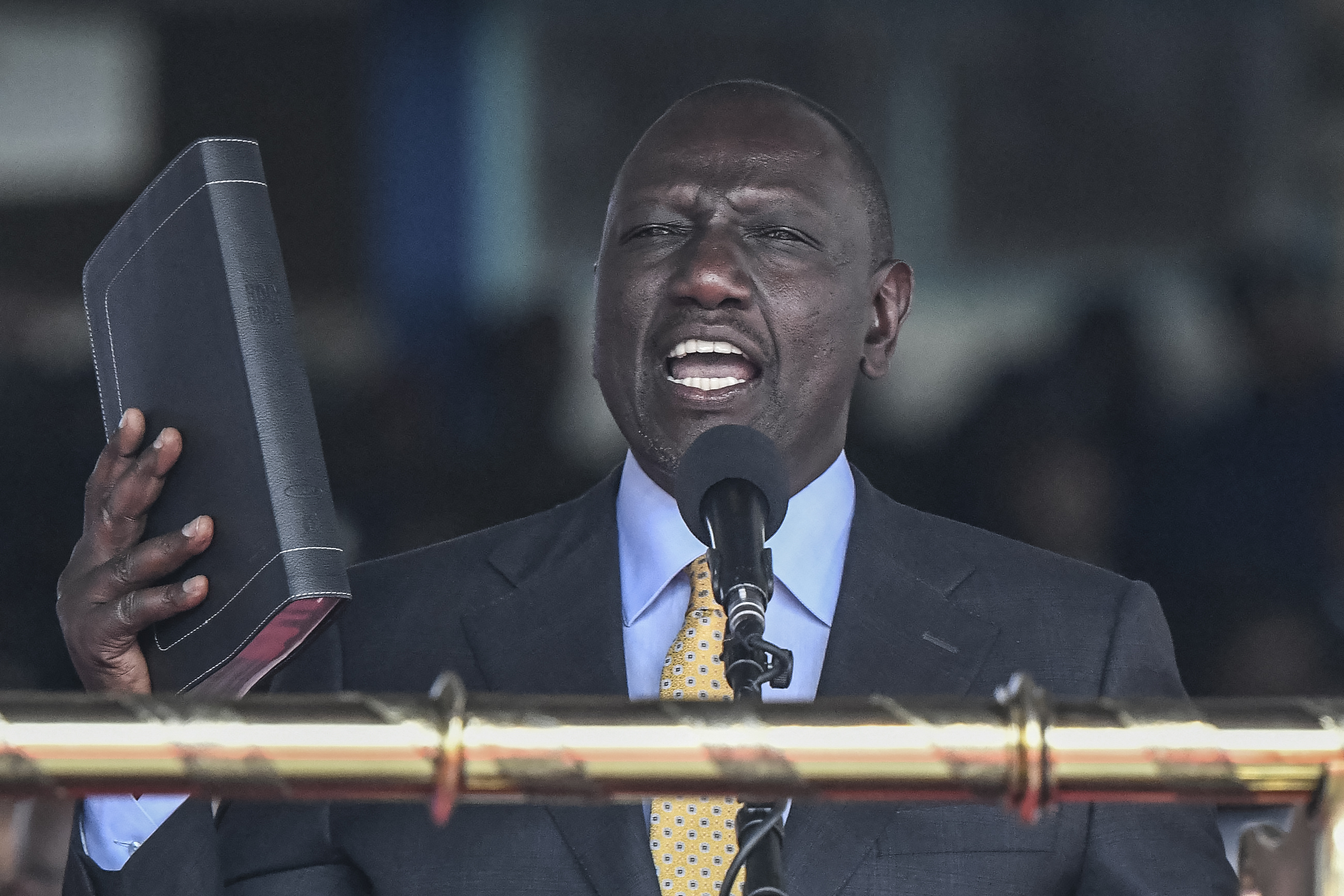 NAIROBI, Sept. 13 (Xinhua) -- Kenya's newly elected President William Ruto was sworn in as the country's fifth president at a ceremony in the capital, Nairobi on Tuesday.

Ruto took the oath of office in a peaceful handover ceremony attended by 20 African leaders including global dignitaries after a tightly contested election.

Uhuru Kenyatta, the outgoing president, handed over instruments of power to Ruto amid tight security in and around the venue.