NAIROBI, May 7 (Xinhua) -- A Chinese-built seaport in Kenya's coastal county of Lamu will receive its first ship on May 20, the Kenyan government has said. 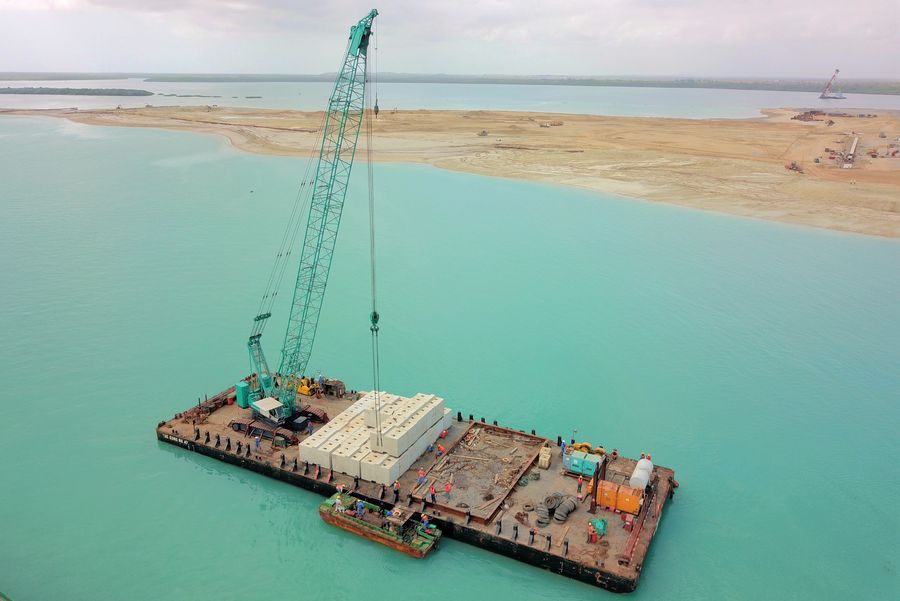 China Communication Construction Company has completed construction of berth one of the country's second commercial port, while berths two and three will be completed by October, the National Treasury said in a statement on Thursday.

The Treasury said the construction of the first phase of the port, comprising three berths, started in 2015, while subsequent phases will be undertaken by the private sector under a public-private partnership framework and eventually result in 23 berths along its 10 km shore length.

The port's capacity to handle cargo traffic will reach 23.9 million tons by 2030.

A flagship infrastructure project under Kenya's national development blueprint, Vision 2030, the port of Lamu creates a transport corridor that links landlocked South Sudan and Ethiopia to the Indian Ocean.