Johannesburg(People's Daily) - Kenya tops Africa and is ninth globally in geothermal power generation, with a capacity of about 700 megawatts. That's an increase of 70 megawatts from 2017, according to the Renewables 2018 Global Status Report (GSR) by the Renewable Energy Policy Network for the 21st century (REN21). 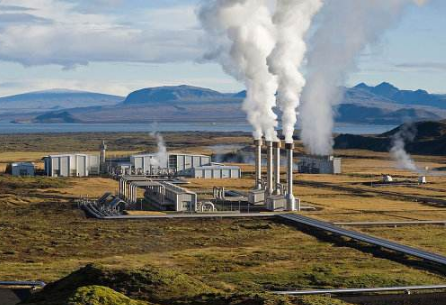 Geothermal is widely considered a preferable, low-cost renewable energy source due to low emissions when compared to other thermal sources like coal. The Great Rift Valley, which runs from north to south across Kenya, is rich in geothermal energy. Kenya is the first African country to have a wide variety of geothermal power plants. Kenya has set ambitious targets for geothermal energy. It aims to expand its geothermal power production capacity to 5,000 MW by 2030.

Unlike other countries, which rely heavily on fossil fuels, Kenya's power generation industry relies largely on renewable energy. Renewable energy accounts for over 70 percent of Kenya’s installed capacity compared to the world average of 24 percent, according to the Ministry of Energy. Renewable energy power plants under development in Kenya include the 300 MW Lake Turkana Wind Power Plant, which is the single largest wind power plant in Africa.

The report also highlights growing investments in Kenya's renewable energy sector, including $80 million secured by M-KOPA in 2017, the largest solar deal in Africa that year. M-KOPA sells solar power kits to low income households. M-KOPA says its solar-powered TVs have been installed in nearly 100,000 homes in East Africa since 2016.

According to the report, about 9 million households in Kenya have access to off-grid renewable energy. "In Kenya and Uganda, the number of off-grid systems deployed in 2016 outpaced the grid connections achieved by rural electrification agencies and national utility companies," it says.