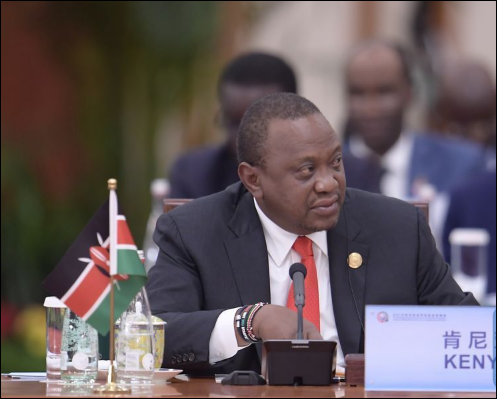 Kenyan President Uhuru Kenyatta attends a round table of the 2018 Beijing Summit of the Forum on China-Africa Cooperation (FOCAC) in Beijing, capital of China, Sept. 4, 2018. (Photo: Xinhua)

Kenyan President Uhuru Kenyatta will lead a strong delegation of horticultural farmers and traders to China next month for the first edition of Import Expo, State House said on Thursday.

Kenyatta's office said during the first China International Import Expo (CIIE), which is scheduled to run from Nov. 5 to 10, a number of trade deals will be negotiated and sealed.

"Among the agreements expected to be signed at the Expo is the Sanitary and Phytosanitary deal between Kenya and China that will open doors for over 40 percent of Kenya's fresh produce including avocado, mangoes and cashew nuts into the expansive Chinese market," the presidency said in a statement issued after the Cabinet meeting.

The presidency said the agreement may also allow for the export of stevia, a sweetener largely grown in the Rift Valley, into the Chinese market.

It said the Kenyan leader is also expected to ink a memorandum of understanding (MoU) for the establishment of a trade negotiation working group, whose mandate will be to negotiate trade tariffs especially on Kenya's tea and coffee exports to China as well as explore additional market for the country's cash crops.