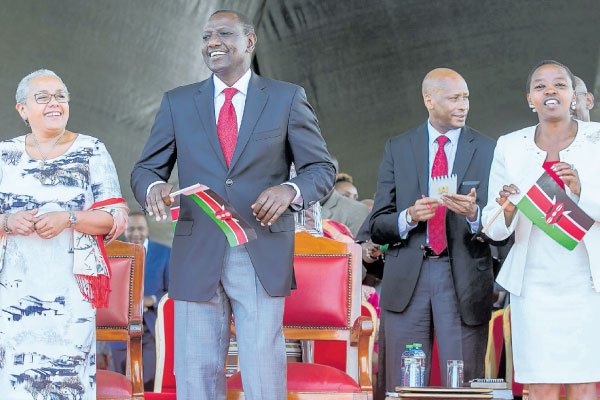 Kenyan President Uhuru Kenyatta on Sunday led the country in national prayers, calling on Kenyans to maintain peace ahead of the Oct. 26 repeat presidential elections.

Kenyatta who urged voters to turn out in large numbers to exercise their democratic right during the fresh presidential election also called on Kenyans not to allow politicians to incite them to fight.

"Even as I urge all Kenyans to come out and vote, those who will vote and those who will not must remember that after Oct. 26 they will still be neighbors and they must continue to live together harmoniously," he said in Nakuru County.

His remarks came after opposition leader Raila Odinga withdrew from the repeat exercise and called on his supporters not to participate in the repeat polls.

Kenyatta has said there will be no turning back on the polls, even as the electoral commission chairman said last week that the environment is not conducive for the credible polls.

Kenyatta has hit the campaign trail for the better part of the last two weeks touring his strongholds and those of Odinga to popularize his candidature.

The president's main rival Odinga has vowed that there would be no elections on Oct. 26 and called for countrywide protests on that day.

The widening divisions have led to tension in many parts of the country, with leaders from both opposition National Super Alliance (NASA) and the ruling Jubilee Party beating drums of war with their utterances.

After the Aug. 8 election, Odinga contested the results, claiming that election officials rigged the vote in favor of Kenyatta.

Odinga had announced to pull out of the race, arguing that the mistakes that brought about the annulment of the vote was most likely to be repeated as reforms have not been taken at the electoral body.