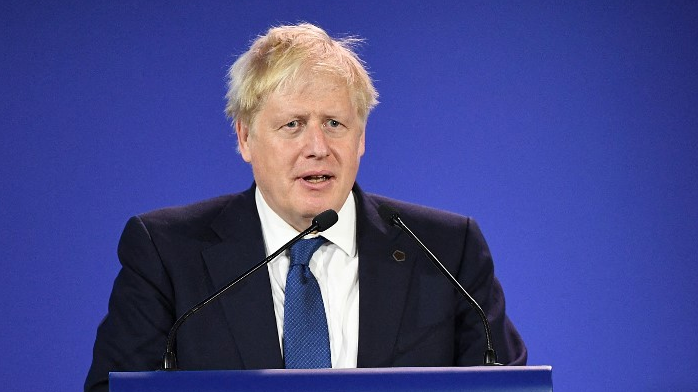 The ruling Conservative party in the UK has lost two of its seats in parliament in another major setback for prime minister Boris Johnson.

The results mean Johnson is facing fresh calls to resign, although he says his government will "listen" to voters and "keep going".

Despite the losses, his party still has a sizable majority in parliament of more than 70 seats.

But it's the controversy surrounding Johnson that is fueling the calls to resign. Here's a look at some of the key challenges he faces in the months ahead:

A lot of voters said they were angry about rule-breaking parties held in Downing Street - the prime minister's official residence - and across other government departments in 2020 and 2021.

In April, Johnson became the first sitting prime minister to be sanctioned by police, receiving a fine for attending a party that broke his own COVID-19 laws.

The police probe into the parties has ended but Johnson still faces a parliamentary investigation into whether he lied about the issue to the House of Commons. If the committee of lawmakers rule that he did, he would be expected to resign.

Speaking after Thursday's by-election defeats, Johnson said "the number one issue" for voters is the cost of living crisis.

Inflation is at a 40-year high in the UK at 9.1%. The Bank of England predicts it will peak at 11% in October. That's likely to add pressure on families across the UK, struggling to pay their bills.

October will also see another major rise in the energy price cap, which limits how much companies can charge people for gas and electricity. A sharp increase will compound worries for millions.

The government says it has offered more than $46 billion in support measures, largely targeted at lower-income households. But if people continue becoming poorer in the months ahead, officials may feel some of that anger.

For his supporters, Johnson will always be remembered as the leader who delivered Brexit. It was the main issue that led him to a historic election victory in 2019.

Fast forward a few years and the deal he championed and agreed has led to added bureaucracy and costs for some businesses in Northern Ireland.

By agreeing to keep the UK territory in the EU's customs union, it has also led to more political paralysis. The main unionist party, the DUP, is refusing to enter a power-sharing government until the issue is resolved.

Johnson's government has threatened to unilaterally override parts of the deal, which would risk breaking international law. It blames the EU for the problems. Brussels has warned of legal action in retaliation and the issue could spark a trade war.

As results of the by-elections trickled in, Johnson was 5,000 miles away in Rwanda on a planned trip for a meeting of Commonwealth leaders.

While there, he met the Rwandan president Paul Kagame and hailed as "successful" a contentious policy to send some asylum seekers who arrive illegally in the UK to the east African nation.

The first flight carrying migrants was supposed to leave earlier this month but was halted at the last-minute due to legal challenges. It reportedly cost more than $600,000.

Most of the 30 or so passengers saw their deportation orders cancelled by UK courts even though British judges approved the flight itself. The last few asylum seekers were protected by an injunction from the European Court of Human Rights.

The latter's intervention risks a showdown between London and the Strasbourg-based body, which will further complicate the policy.

Johnson has called it necessary to tackle the "evil" of people-smuggling across the English Channel. But more than 150 international organizations have criticized the plans, including the UN, refugee charities and religious leaders.

It's now a flagship domestic and foreign policy for Johnson, and surveys suggest it is popular with voters, but depending how it unfolds, it could risk damaging the UK's stature on the international stage.