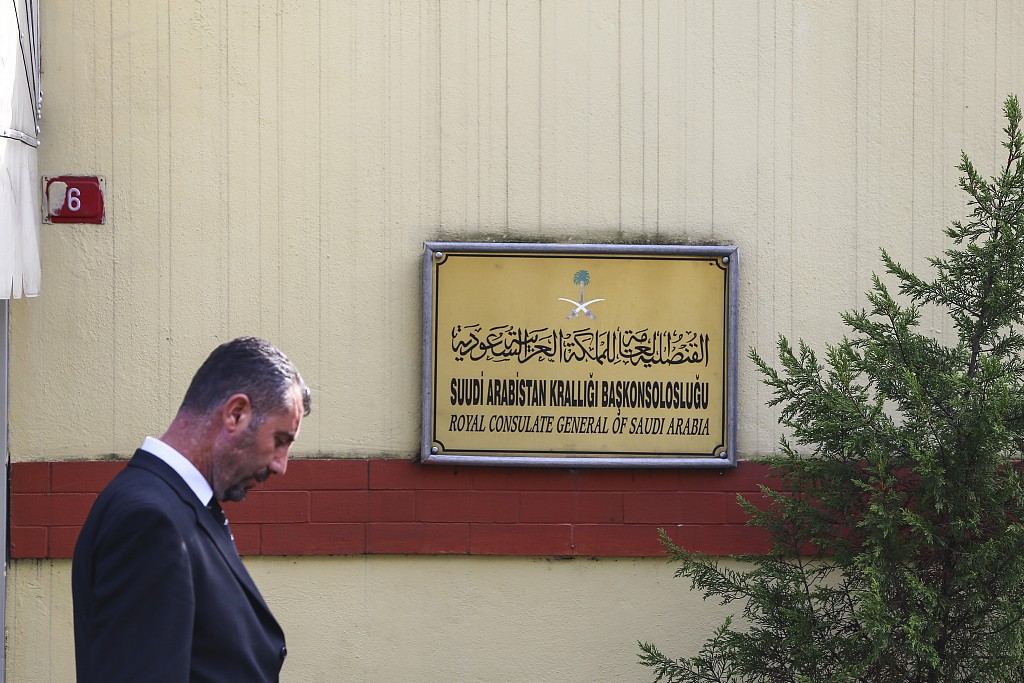 A man is seen at the entrance of the Saudi consulate as the waiting continues on the killing of Saudi journalist Jamal Khashoggi, in Istanbul, Turkey on October 31, 2018. (Photo: VCG)

Turkey has previously said it shared recordings linked to the murder of Khashoggi -- a Saudi dissident and fierce critic of the crown prince -- with officials in Riyadh, Washington and other capitals.

Khashoggi was last seen entering the consulate on October 2 to obtain documents for his forthcoming marriage.

After repeated denials, Saudi Arabia finally admitted the 59-year-old had been murdered at the mission in a "rogue" operation.

Bolton, speaking to reporters in Singapore ahead of a regional summit, was asked whether it was right to say the audio contained nothing that implicated the crown prince.

"I haven't listened to the tape myself but in the assessment of those who have listened to it that’s right," he said.

Khashoggi's brazen murder has caused intense speculation over what, if anything, Crown Prince Salman might have known about the operation.

Turkish President Recep Tayyip Erdogan has said the order to murder Khashoggi came from "the highest levels" of the Saudi government and pointedly failed to absolve Crown Prince Salman of responsibility.

Bolton emphasised that Trump has demanded a full investigation from the Saudis and for those responsible to be held accountable.

"The president has made it very clear that he expects we’re going to get the truth from the Saudis -- and the king and the crown prince, in the conversations they’ve had with the president, have committed to that," he said.