The US on Thursday placed punishing economic sanctions on 17 Saudis allegedly involved in the murder of journalist Jamal Khashoggi, including top aides of Crown Prince Mohammed bin Salman. 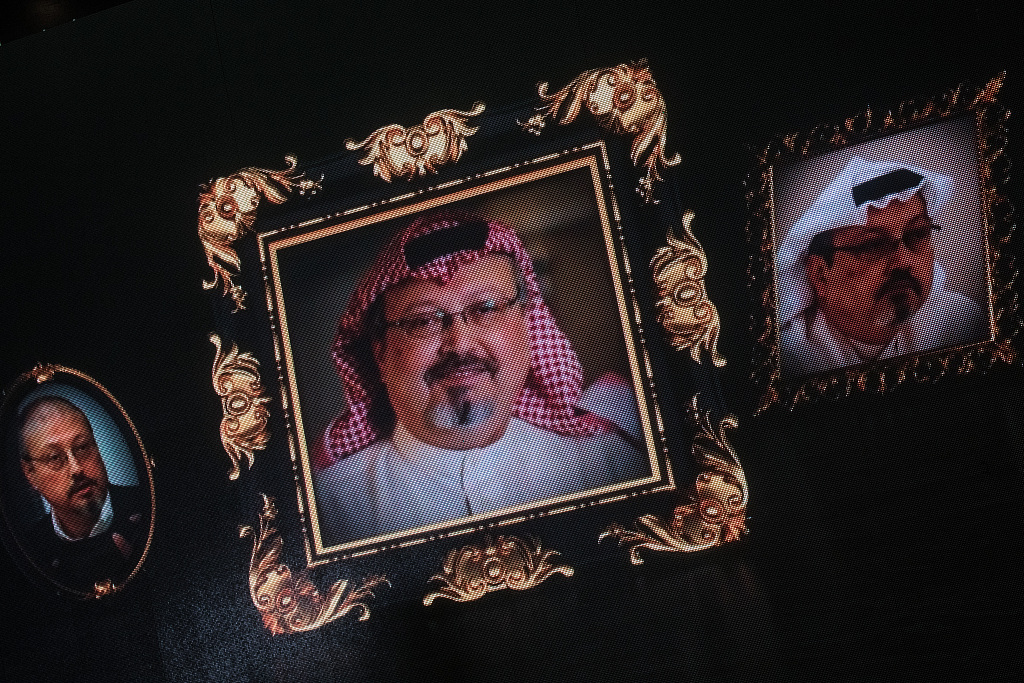 Images of murdered journalist Jamal Khashoggi are seen on a big screen during a commemorative ceremony held on November 11, 2018 in Istanbul Turkey. (File photo: VCG)

The sanctions were declared after Riyadh's public prosecutor announced that five officials face a possible death sentence in the case but exculpated the prince.

"The Saudi officials we are sanctioning were involved in the abhorrent killing of Jamal Khashoggi. These individuals who targeted and brutally killed a journalist who resided and worked in the United States must face consequences for their actions," said Treasury Secretary Steven Mnuchin.