Khashoggi’s fiancée asks Trump to press Saudis for his body 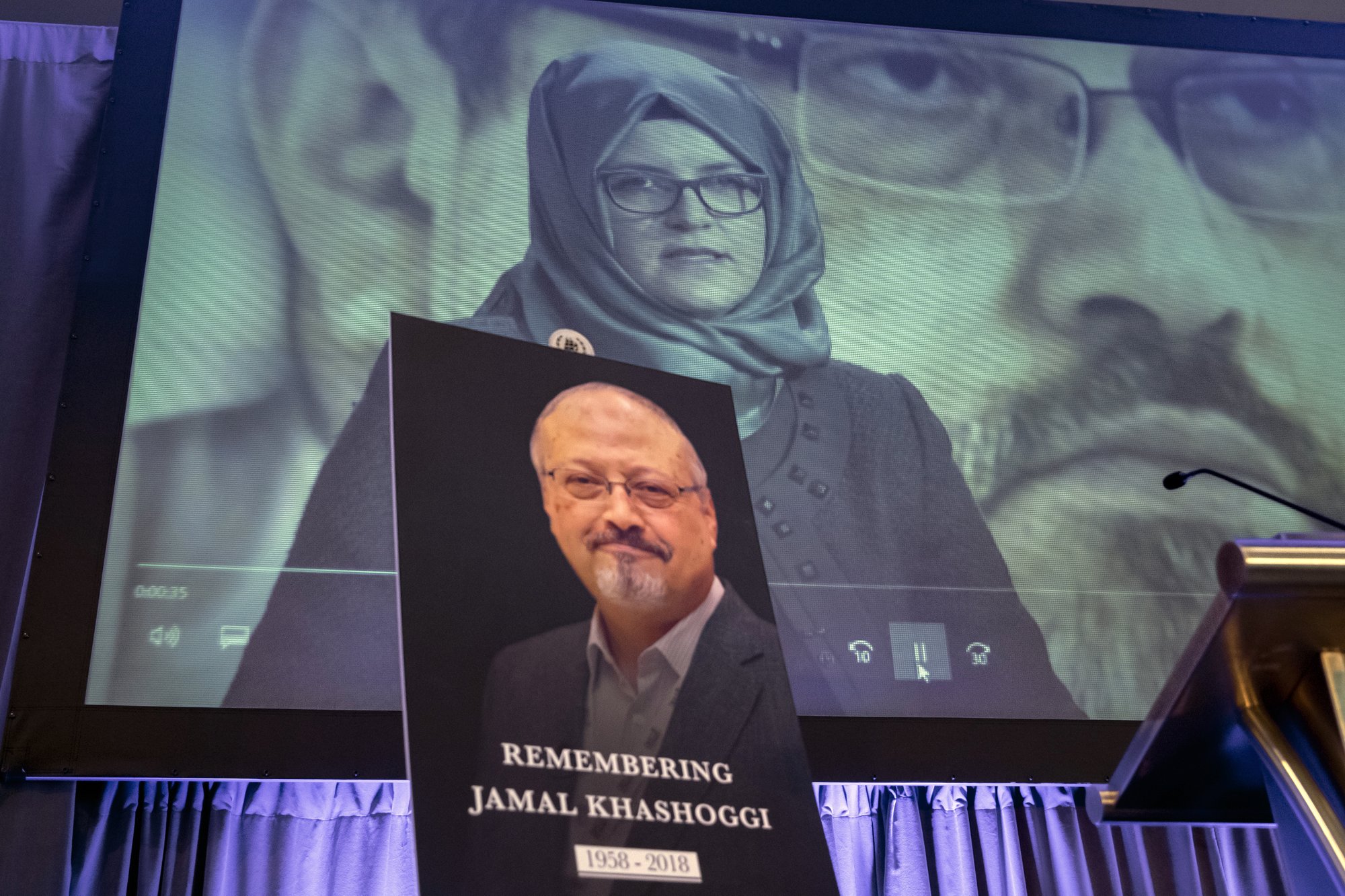 The Turkish fiancée of Jamal Khashoggi called Friday for President Donald Trump’s help in pressuring Saudi Arabia to reveal the location of the slain journalist’s body, even as she criticized the US administration for its dealings with the kingdom.

Hatice Cengiz made her appeal in a video message to a memorial in Washington where friends and activists marked one month since Khashoggi’s death and paid tribute to his advocacy for democratic change in the Arab world.

Cengiz urged Trump to support Turkey’s request for Saudi Arabia to extradite those it has detained in connection with the killing of the 59-year-old columnist for The Washington Post.

“I would like him to support Turkey’s efforts in trying to bring light to this situation and to discover the whereabouts of his body,” said Cengiz, who was waiting outside the Saudi Consulate in Istanbul on Oct. 2 when the journalist went inside to obtain paperwork for their planned marriage, never to re-emerge.

Cengiz lamented that without his body, Khashoggi’s loved ones had been unable to hold funeral prayers for him. “Our pain is still as fresh as the first day,” she said.

Istanbul’s chief prosecutor announced Wednesday that Khashoggi was strangled immediately after he entered and that his body was dismembered and removed from the consulate.

Turkey is seeking the extradition of 18 suspects so they can be put on trial in Turkey. They include 15 members of an alleged Saudi “hit squad” that Turkey says was sent to Istanbul to kill Khashoggi, who lived in exile in the United States and had written critically of Saudi Arabia’s Crown Prince Mohammed bin Salman.

Some of those implicated in the killing are close to the prince, whose condemnation of the killing has failed to ease suspicions that he was involved. Saudi Arabia has changed its narrative about Khashoggi’s killing several times, but has recently acknowledged that Turkish evidence shows it was premeditated.

On Thursday, State Department spokesman Robert Palladino told reporters Khashoggi’s remains should be located and returned for a proper burial.

Speaking at Friday’s memorial at a Washington hotel, Democratic Rep. Gerry Connolly, who represents the northern Virginia district where Khashoggi had been based for the last year of his life, said that since the killing, Saudi Arabia has “blatantly concocted a series of lies” in its attempt to cover up what happened.

“There’s only one lie left to be addressed and that’s the involvement of the crown prince of Saudi Arabia himself,” Connolly said.

Other speakers called for the United States not to balance its strategic and military interests against the necessity of seeking justice for the journalist’s killing.

“We can’t let the criminals behind this off the hook. We can’t ignore this because we want to sell more weapons,” said Ahmed Bedier of United Voices for America, a US-based civil society group.

Trump has condemned Khashoggi’s killing in strong terms but has also defended US arms sales to Saudi Arabia, which is the biggest foreign customer for American weaponry.

Writing in The Washington Post on Friday, Cengiz said the United States should be leading the international community in seeking justice for Khashoggi. She contended that the Trump administration has “taken a position that is devoid of moral foundation” because of fears of “upsetting deals or economic ties.”