Kids of 3 released in compound case remain in foster care 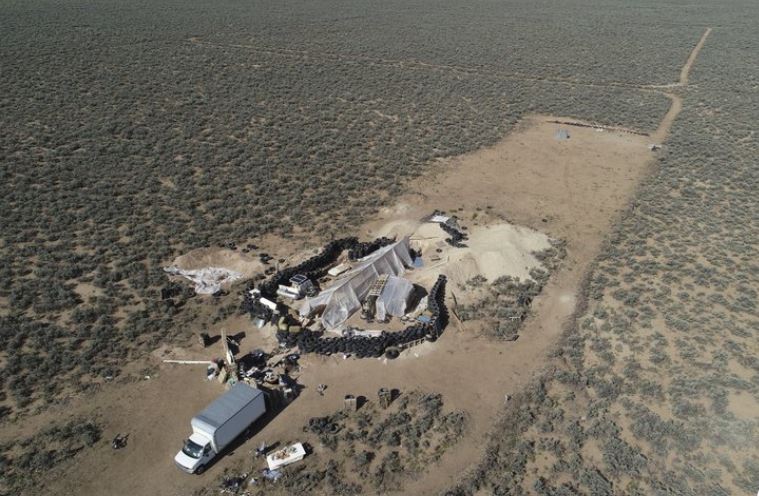 This Aug. 10, 2018, file photo shows a makeshift compound in the desert area of Amalia, N.M. A New Mexico judge has dismissed child neglect charges Wednesday, Aug. 29, 2018, against three defendants arrested at the remote compound where 11 children were found living in filth and the body of a 3-year-old boy was discovered. (File photo: AP/Brian Skoloff, File)

New Mexico officials are keeping five children in foster care after their parents had charges of child neglect dismissed following the arrest of the parents this month at a filthy desert compound where the body of a 3-year-old boy was discovered.

A judge released the three Wednesday after prosecutors missed a case deadline.

Two other defendants remain jailed on more serious charges of child abuse resulting in the death of a 3-year-old boy whose body was found at the compound earlier this month.