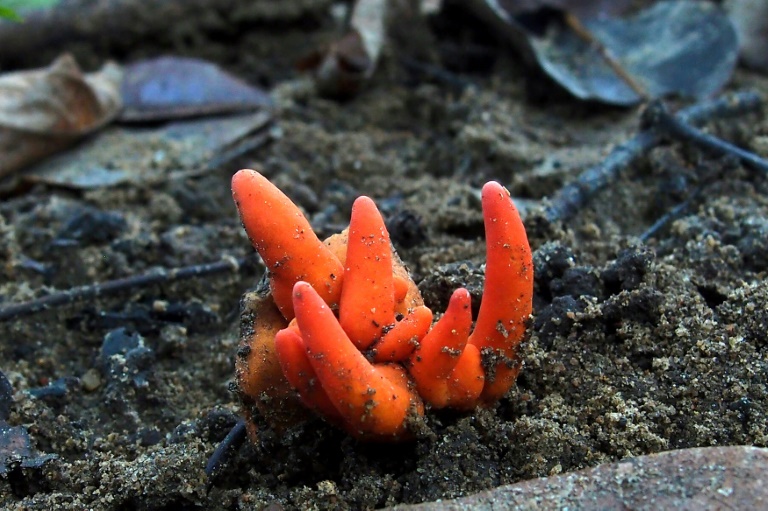 Poison Fire Coral, seen here in this photo by Ray Palmer, is the only known mushroom with toxins that can be absorbed through the skin, and causes a 'horrifying' array of symptoms if eaten.  (Photo: AFP)

One of the world's deadliest fungi has been discovered in Australia's far north for the first time -- thousands of miles from its native habitat in the mountains of Japan and Korea.

The Poison Fire Coral fungus was discovered in a suburb of Cairns by a local photographer and subsequently identified by scientists, James Cook University announced Thursday.

Several people have died in Japan and Korea after mistaking the bright red fungi for edible mushrooms that are used in traditional medicine, and brewing it into a tea.

Poison Fire Coral is the only known mushroom with toxins that can be absorbed through the skin, and causes a "horrifying" array of symptoms if eaten, including vomiting, diarrhoea, fever and numbness.

If left untreated, it can cause multiple organ failure or brain damage leading to death.

"The fact that we can find such a distinctive and medically important fungus like Poison Fire Coral right in our backyard shows we have much to learn about fungi in northern Australia," Barrett said.

Ray Palmer, a self-described "fungi fanatic" who found the specimen told AFP he had spent the past decade photographing various fungi in the rainforest surrounding his home city of Cairns.

"It didn't surprise me because I have been finding quite a few things over the years," he said.

"No one traipses around the rainforest up here photographing fungi. There are quite a few (more) things to be found and they probably will be in the coming years."