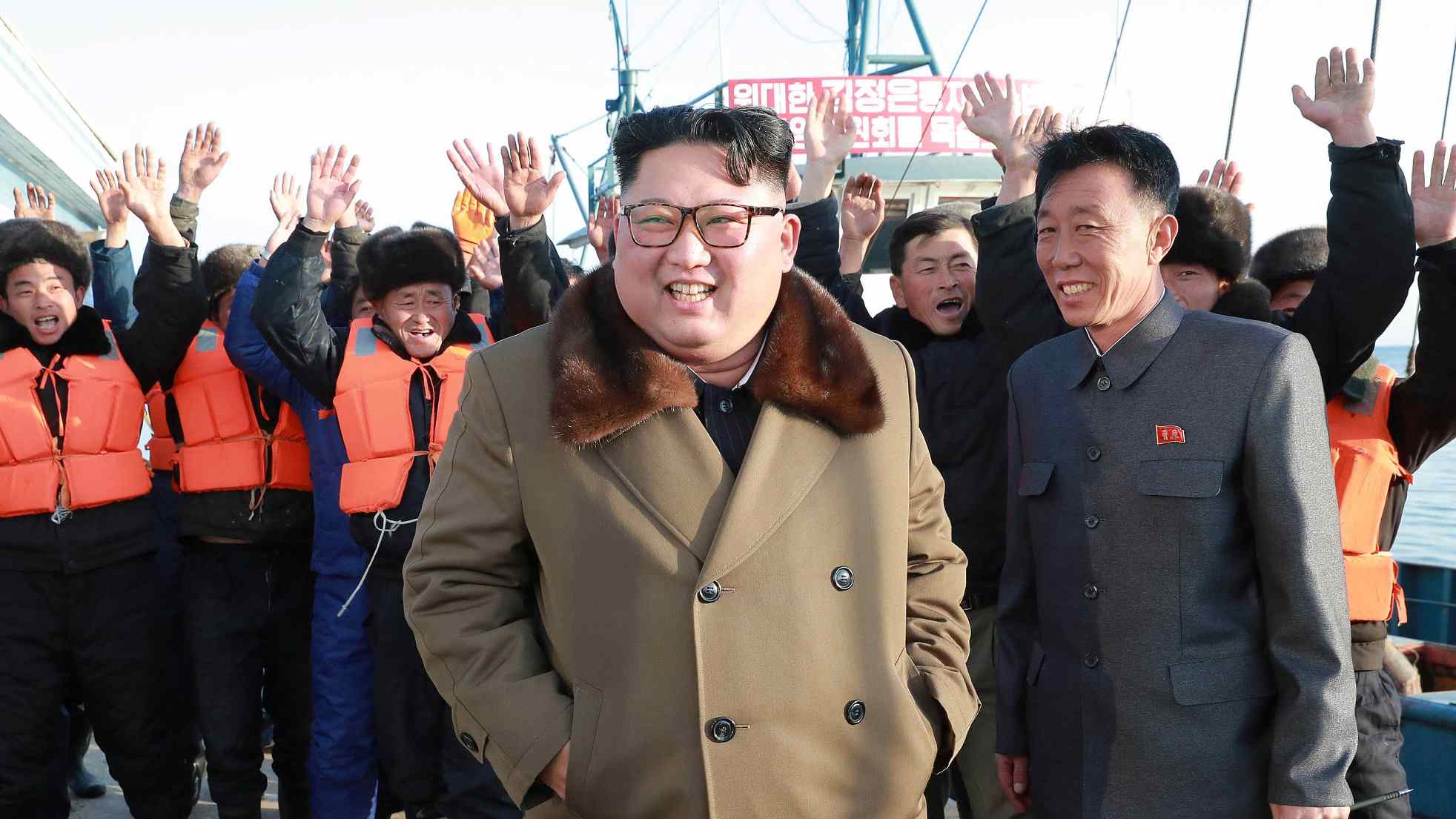 Kim Jong Un, leader of the Democratic People's Republic of Korea (DPRK), recently wrapped up his visit to Beijing, Kim's first international visit of 2019 and his fourth to China. The visit has been interpreted by some as a sign that a second summit between the DPRK and the US is imminent.

Just 10 days ago, Kim rang in the New Year by offering an olive branch to Washington. "I am always ready to sit together with the US president anytime in the future," Kim said during the nationally televised New Year address.

Whether a second summit actually happens, Kim's overseas visits appear to signal that he has shifted his focus to the economy, and is hoping to learn from other models.

If the sanctions implemented by the U.S. – which basically banned the DPRK from selling its most crucial exports like coal, iron ore and textiles – continue to bite, Pyongyang's sluggish situation may be more dire.

Estimates released by ROK's central bank shows that DPRK's gross domestic product (GDP) shrank by 3.5 percent in 2017, making it the biggest contraction since a 6.5 percent drop in 1997.

Some experts believe 2018 could get even worse. "I estimate this year's growth rate can be at least minus five percent if the sanctions are fully and thoroughly implemented," Professor Kim Byung-yeon, expert on DPRK economy, at Seoul National University told CNN.

Kim goes all in for economic development

Last year, in a surprise move, Kim set aside the two-plank "byunjin" policy, which pursues the parallel development of a nuclear arsenal and economic modernization, and went all in on bolstering the country's economy.

Based on data released by the ROK's Unification Ministry, 41 percent of the DPRK top leader's public appearances in 2018 were related to the national economy, compared to 44.7 percent of that in the year before that were military-tied.

Along with his wife, Kim inspected a chemical fiber mill in Sinuiju six months ago, picking apart plant operators for failing to finish upgrading the paper manufacturing process. The duo also visited a textile mill, where Kim set forth detailed tasks for the company's future modernizing plans, to "make a breakthrough for the improvement of people's standard of living."

And not just that, the 36-year-old leader is also sending top officials overseas after years of self-imposed isolation, seeking more cooperation with its fellow Asian neighbors.

Kim made his international debut with a secret Beijing trip last March after seven years in power. Within three months, he met with President Xi three times, each coming at a crucial point of Pyongyang's flurry diplomacy with Washington and Seoul.

And half a year later, they met in Beijing, again.

Singling out China's vital role in the Korean Peninsula issue, Kim also said that he was deeply impressed by the achievements China made in economic and social development.

The DPRK side considers China's development experience valuable and hopes for more trips to China for study and exchanges, he said.

On Wednesday, Kim visited a Tong Ren Tang pharmaceutical plant in Yizhuang, Beijing, where he inspected relevant processing and production lines of traditional Chinese medicine that use traditional and modern techniques.

"If Washington cannot give him a fair deal, then China offers other options, creating equilibrium," UK analyst Tom Fowdy wrote in a CGTN opinion piece.

For years, China has been the DPRK's largest trading partner.

In 2017, its exports to China made up 86.3 percent of all its exports. The bilateral ties do not just benefit DPRK's current economy, but allow China to provide guidance in following a path of stable development, much as the second largest economy did 40 years ago under its reform and opening-up policy.

Since "Doi Moi," or "opening doors" reforms, was mounted by the government, Vietnam is now expanding at an average rate of roughly seven percent. Last year, its GDP growth rate reached Asia's number three, just behind China and India.

Adopting a Vietnamese model to development could be a good idea, said Professor Yang Mun-su with Seoul-based University of DPRK Studies said, adding that Kim's plan is to build a self-sustaining economy.

"Kim introduced a socialist-centered company management system and designated 21 areas as specially targeted districts for economic development," he said. "It's the right model for the DPRK, which wants to secure both its leadership and achieve economic growth."

“For a 34-year-old young leader who has just come out of a cave, he is showing surprisingly great showmanship and looks very confident," Lee Seong-hyon, researcher at the Sejong Institute told Financial Times.

But however cool Kim may look, for a nation that's dealing with sanctions, learning existing models can help so much in the short run. Experts say it is incredibly hard for Pyongyang's economy to truly take off, unless it gets help from other countries.