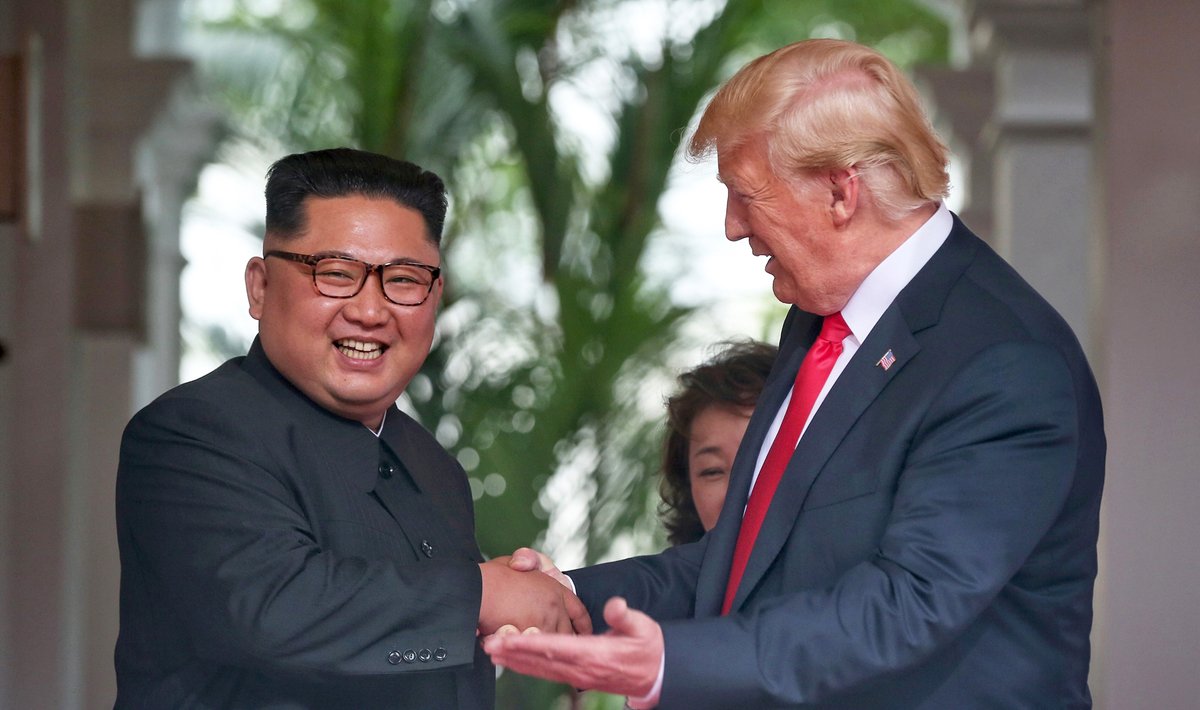 Trump accepted an invitation from Kim to visit Pyongyang at a convenient time during their meeting in Singapore on Tuesday, the KCNA reported.

Trump expressed his "intention to halt the US-South Korea joint military exercises, which the DPRK side regards as provocation, over a period of good-will dialogue between the DPRK and the US, offer security guarantees to the DPRK and lift sanctions against it along with advance in improving the mutual relationship through dialogue and negotiation," the KCNA said.

Kim hoped that Pyongyang and Washington would be committed to refraining from antagonizing each other, and take legal and institutional steps to guarantee it, the KCNA said.

The DPRK top leader also called for "practical measures actively to carry out the issues discussed at the talks and the joint statement at an early date" and "halting irritating and hostile military actions against each other."

Kim immediately agreed with Trump's proposal for recovering the remains of US soldiers who died during the 1950-53 Korean War and repatriating those already identified, according to the KCNA.