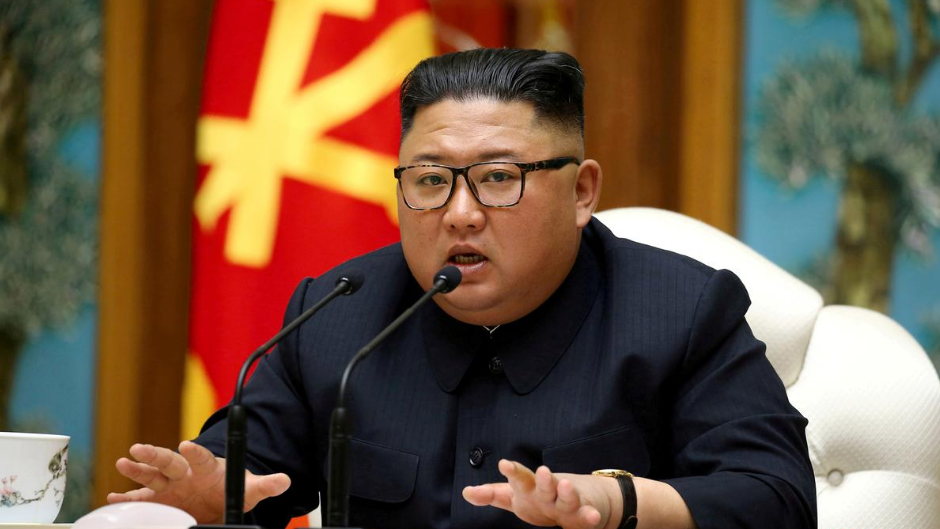 DPRK leader Kim Jong Un speaks at a meeting of the Political Bureau of the Central Committee of the Workers' Party of Korea (WPK) in this image released by DPRK's Korean Central News Agency (KCNA) on April 11, 2020. (Photo: Reuters)

Democratic People's Republic of Korea (DPRK) leader Kim Jong Un attended a politburo meeting of the country's ruling Workers' Party of Korea (WPK), where economic projects including the chemical industry were discussed, state news agency KCNA said on Monday.
The two-day meeting comes at a time of economic uncertainty amid the global COVID-19 pandemic that is putting additional pressure on an economy already battered by international sanctions aimed at stopping the DPRK's nuclear and missile programs.
The meeting discussed "crucial issues arising in further developing the self-sufficient economy of the country and improving the standard of people's living," KCNA said.
The 13th political bureau meeting repeatedly stressed that the chemical industry is "a major thrust front of the national economy," it said.
"He stressed the need to give top priority to increasing the capacity for producing fertilizer," KCNA said, citing Kim.
KCNA reported Kim attended the opening of a fertilizer plant on May 1.
The meeting also emphasized construction of residential houses as a way to better the DPRK people's standard of living.
"Pointing out in detail the issues that have to be urgently settled to ensure living conditions of citizens in the city, the Supreme Leader stressed to take strong state measures for ensuring the living conditions of people including the construction of dwelling houses," KCNA reported.