Nice (People’s Daily) -  A man killed three and attacked several others with a knife on Thursday morning at the Notre-Dame basilica in Nice, France, Le Parisian reported. 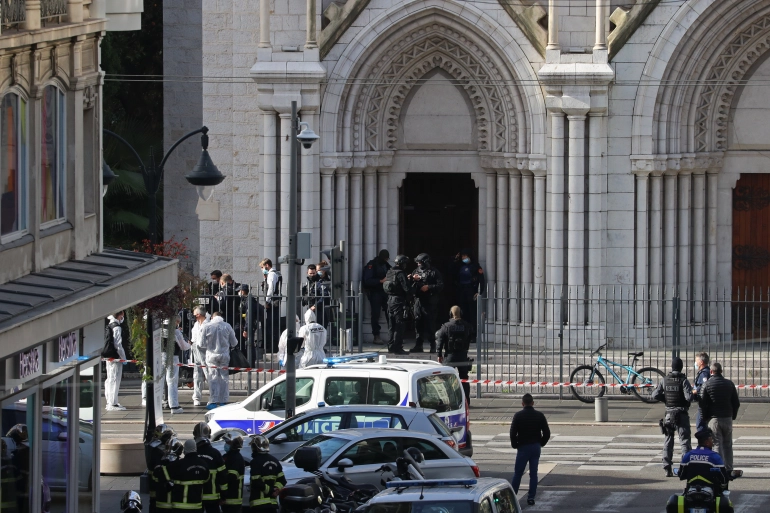 The attacker was contained by the local police and sent to a hospital.

The mayor of Nice, Christian Esterosi, said that the attack was an act of terrorism as the criminal pattern resembles the killing of teacher Samuel Paty.

Police have put the Notre Dame Cathedral and the surrounding area under lockdown, and all churches in Nice were ordered shut down by the mayor. Reports say French President Emmanuel Macron will be visiting Nice.