VIENNA, March 12 (Xinhua) -- A 26-year-old Austrian citizen was shot dead on Sunday after attacking a soldier in front of Iranian ambassador's residence in Vienna, police said on Monday.

On Sunday night around 11:30 pm, a suspect was first spotted by the 23-year-old soldier who was serving as a guard in front of Iranian ambassador's residence, according to a police statement. A few moments later the attacker came to attack the soldier with a knife while the soldier trying to stop him by pepper spray. However, the attacker was not stopped, and the soldier was injured by the knife. 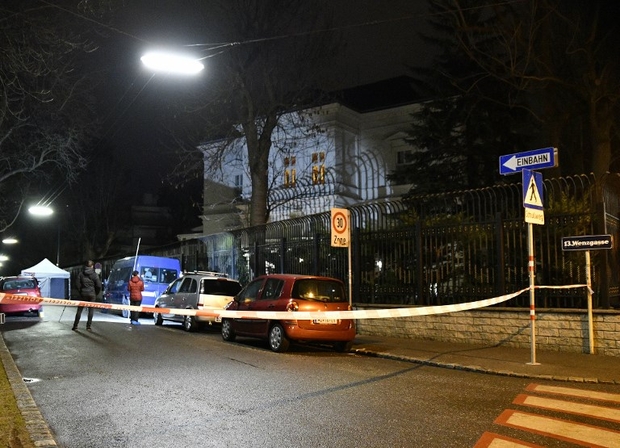 A security perimeter was set up outside the Iranian ambassador's residence in Vienna (Photo: AFP)

The soldier had to shoot the attacker with his pistol, making the suspect fatally injured and finally died at the scene, the police said.

The facts of the case as well as the motive for the crime are still unclear at the moment and subject to intensive investigations.

The statement added that thanks to the stab protection vest, the soldier who was later sent to the hospital was not fatally injured.