Two kitchen knives have been found at the school desk of Japan's Prince Hisahito, the grandson of Emperor Akihito. Japanese investigators said the knives were found on Friday at Ochanomizu University Junior High School in Tokyo's Bunkyo Ward which the prince attends. 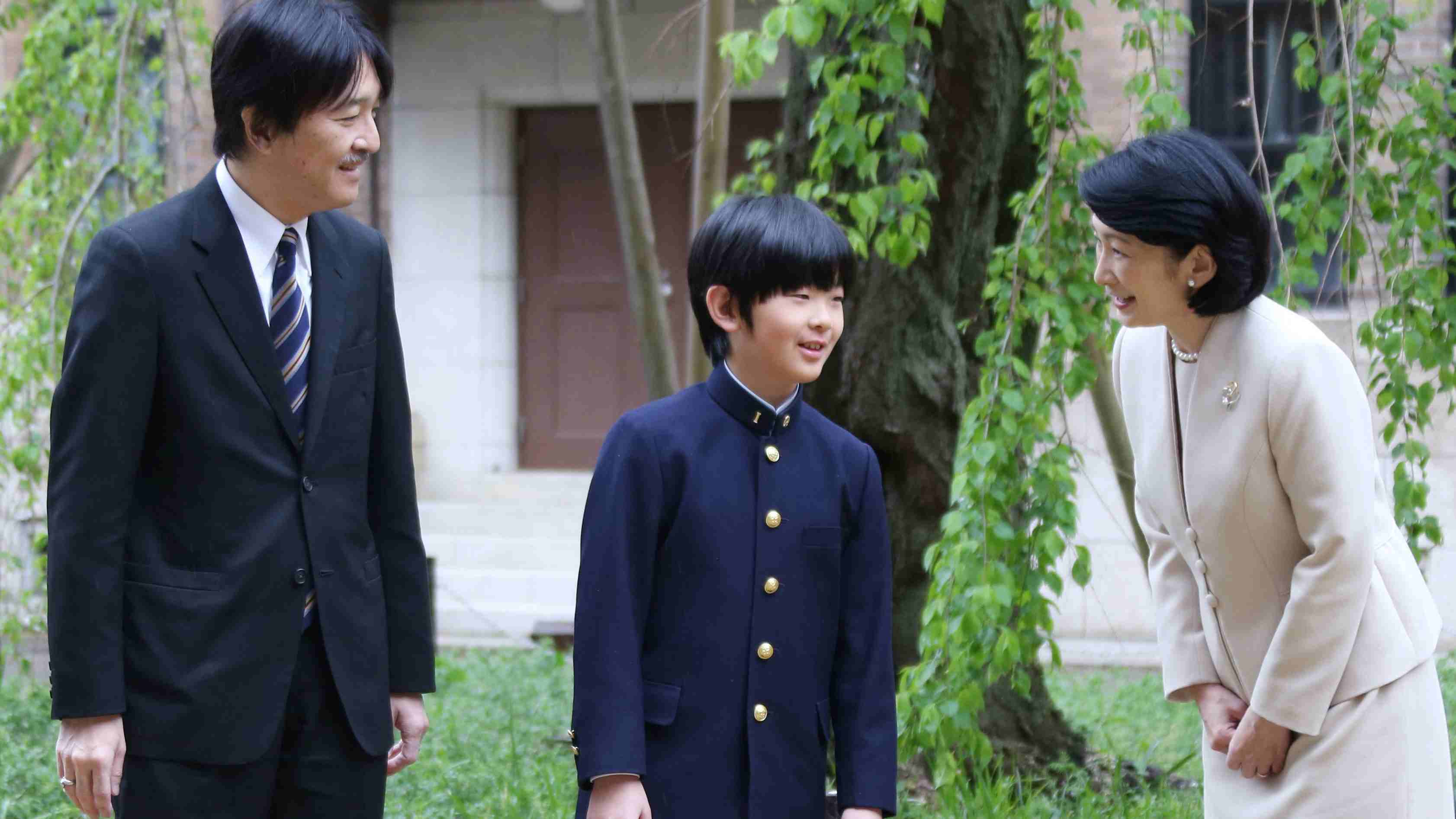 The Tokyo Metropolitan Police Department said surveillance cameras captured images of a middle-aged man dressed in a blue top and bottom wearing a helmet who entered the building. Police are now investigating whether there is any connection between the trespasser and the knives.

Prince Hisahito, who began attending the school this month after graduating from the national university's elementary school on the same campus, was attending classes outdoors at the time and the classroom was empty when the two knives are believed to have been left.

Japan's Kyodo News reported that each desk in the classroom bears a piece of tape with the student's name on it so the suspect had been able to identify where the prince sits. The knives were placed across the prince's desk and the one next to it.

The blades of the knives were painted pink.

Whenever Prince Hisahito leaves his residence, he is guarded by police officers but at school, they stand by on campus and do not accompany him inside the buildings or his classrooms, according to an Imperial Household Agency official.

There were no reports of any injuries or damage at the school, and police did not find any threatening note related to the case.

Students of the university, which is situated on the same campus, were surprised that the incident occurred despite tight security. Kyodo News reported that guards at the premise's two main gates have always checked the identities of visitors and asked students to show their cards.

Threats to the imperial family are relatively rare.

Some media drew a connection of the news with the abdication of Emperor Akihito who is going to step down on Tuesday, ending his 30-year reign.

Akihito's eldest son, 59-year-old Crown Prince Naruhito, will take the throne the following day in a series of ceremonies.

Hisahito is the son of Naruhito's younger brother and the last eligible male heir.

Japan's centuries-old succession would be broken if Hisahito does not have a male child as the Imperial Household Law, in place since 1947, does not allow women to ascend the Chrysanthemum Throne.