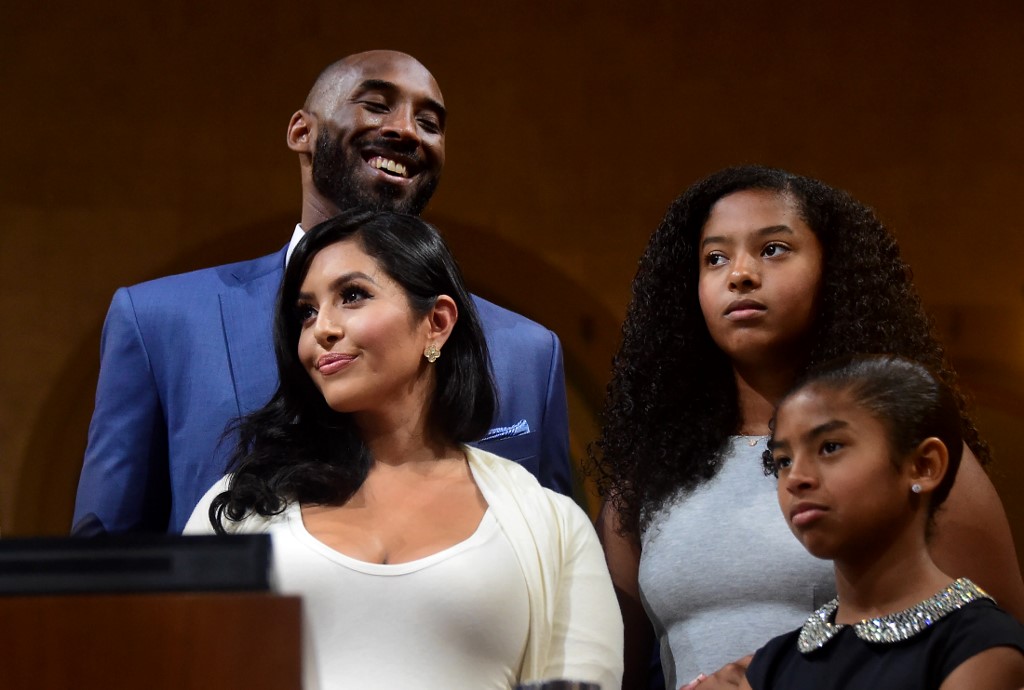 Bryant is suing the company that owned the helicopter, Island Express Helicopters and Island Express Holding Corp., that crashed into a California hillside, killing Kobe, their daughter Gianna and seven others.

They were headed to a basketball game at Mamba Sports Complex when the helicopter crashed near Los Angeles.
The lawsuit says the pilot, who also died in the crash, was "careless and negligent by flying in cloudy conditions on January 26th and should have aborted the flight," according to ESPN.
It also states the pilot was negligent by failing to properly assess the weather, flying into foggy and cloudy conditions he wasn't cleared for and failing to control the helicopter.

The crash is still under investigation by the U.S. National Transportation Safety Board.
In a preliminary report, the NTSB found no signs of engine failure but say the pilot was disoriented before the crash, while trying to reach clear skies.

The lawsuit comes as friends, family and fans gathered by the thousands to commemorate Kobe and his daughter Gianna at the Los Angeles Staples Center.

Kobe spent 20-years playing for the Lakers and won five NBA championships with them.

The Staples Center arena had a stage surrounded in red roses and the scoreboard showed pictures of Bryant and his daughter.

A variety of stars also attended, from other basketball players such as Steph Curry and Diana Taurasi, who Kobe nicknamed the White Mamba, to Beyonce and Jennifer Lopez.

Dressed in Lakers gear, fans started lining up at the Staples Center since dawn.

Fans who attended the service were given a program with photos, a purple Kobe pin and a T-shirt with photos of Gianna and Kobe.