WORLD Korean separated families: If I see you next to never

Korean separated families: If I see you next to never 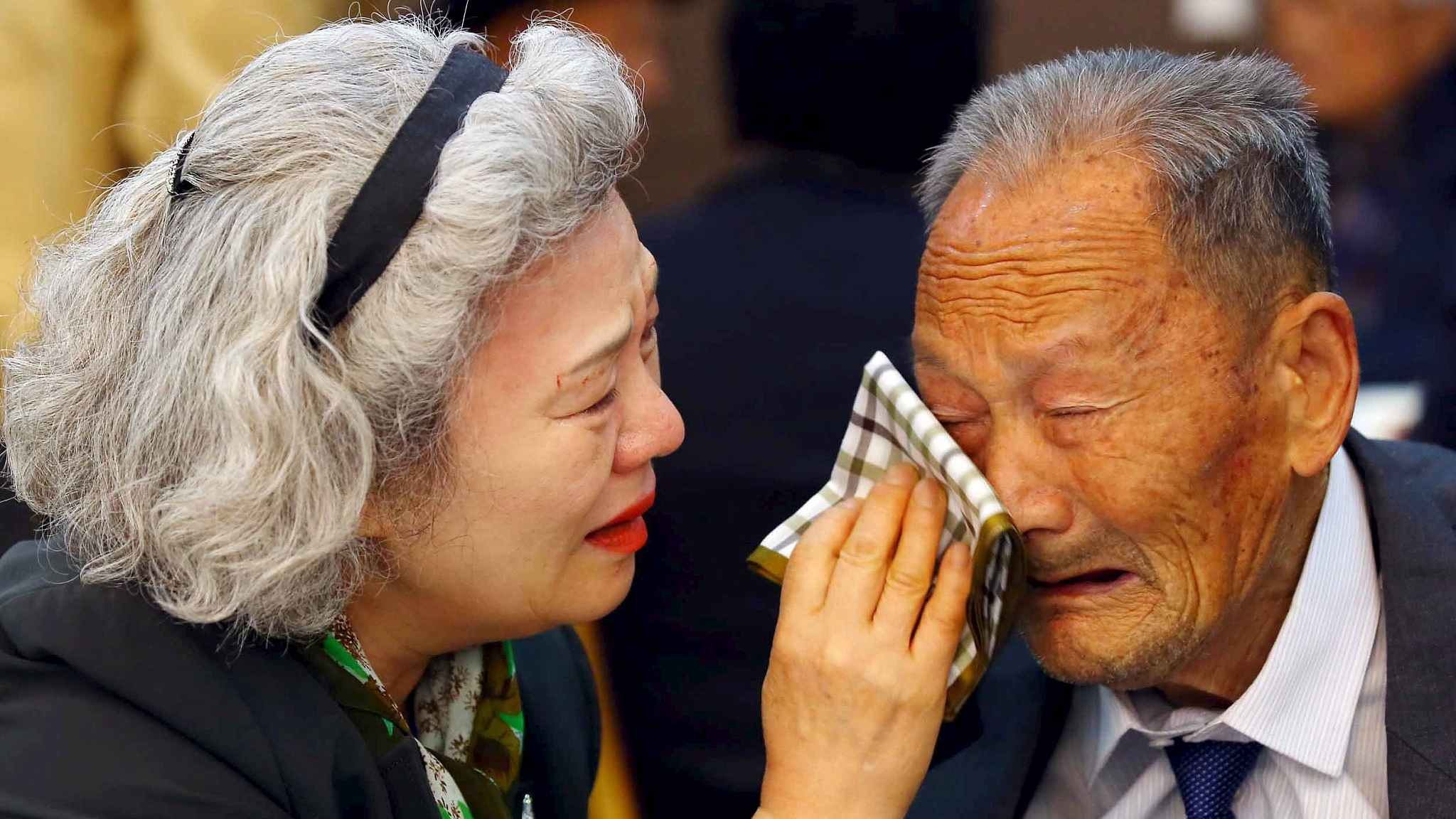 When Baek Soon-hwi heard the news that she was chosen to attend this year's reunion activity, she said she cannot discern dream and reality. On the coming Monday (August 20), she will meet her siblings for the first time after they separated by the Korean War.

While another reunion of 88 DPRK's chosen individually will meet their ROK's families from August 24 to 26.

More than 59,000 ROK's survivors registered with the ROK's government are chosen by lottery - after which checks are carried out to ensure their relatives are still alive - and are seen as extremely lucky.

Baek told CCTV of her six brothers and sisters who lived in the DPRK, four have already passed away.

Too little, too late?

Not lucky as Baek, the 77-year-old Hwang Rae-gang's desire of meeting his mother and siblings in the DPRK again have never been realized.

During the wartime, Hwang's whole family moved from the DPRK to the ROK. Near the end of the war, his mother and sisters returned to their home in the DPRK to deal some family matters, but they were not able to come back.

From then on, Hwang and his families have been separated without any messages from each other. He even could know if his mother or siblings are still alive.

Although I have no idea whether we could meet for the rest of my life, I still wish that I can see them one day, Hwang said.

He deliberately built his house on an island where the DPRK can be seen on the other side across the water.

More than 130,000 ROK people signed up originally, most of whom have since died. The majority of the survivors are over 80.

When can we meet again?

Born in 1928, Kim Hyun-suk turns 90-years-old this year. She was lucky to meet her daughter and grand-daughter in 2015, the last round of reunion activity. However, after the short-period meeting, she has resigned to loneliness again with only a few photos by her side.

Each time, the interactions for separated family members will be limited to six, two-hour sessions, including meals and group meeting. Time for a private one-on-one time without TV cameras is always rare.

Kim who wished another union for the rest of her life said anyone who has children knows how difficult it is to be separated from their kids. I hope to see my daughter again.

However, till now, no one from two sides has ever been given a second chance to see their relatives from the other side.

There have only been 20 brief face-to-face family reunions events since the end of the war in 1953.

The two Koreas technically remain at war as the Korean War ended in 1953 only with an armistice, not a peace treaty.