North and South Korea agreed Tuesday to restore a military hotline, an official said, less than a week after an civilian cross-border phone link was reopened.

The North said during the rivals' first formal talks in more than two years that a link in the western part of the border had been put back into action, the South's vice unification minister Chun Hae-Sung told reporters in Seoul.

"Accordingly, our side decided to start using the military telephone line, starting 8 am tomorrow." 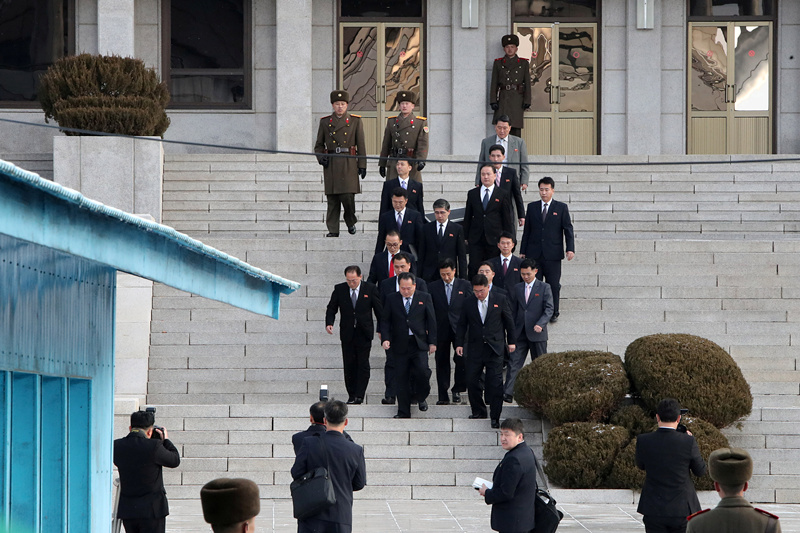 North Korean delegation led by Ri Son Gwon, Chairman of the Committee for the Peaceful Reunification of the Country (CPRC) of DPRK, leave for the south side to attend their meeting at the truce village of Panmunjom in the demilitarised zone separating the two Koreas, South Korea, January 9, 2018. (Photo: REUTERS)