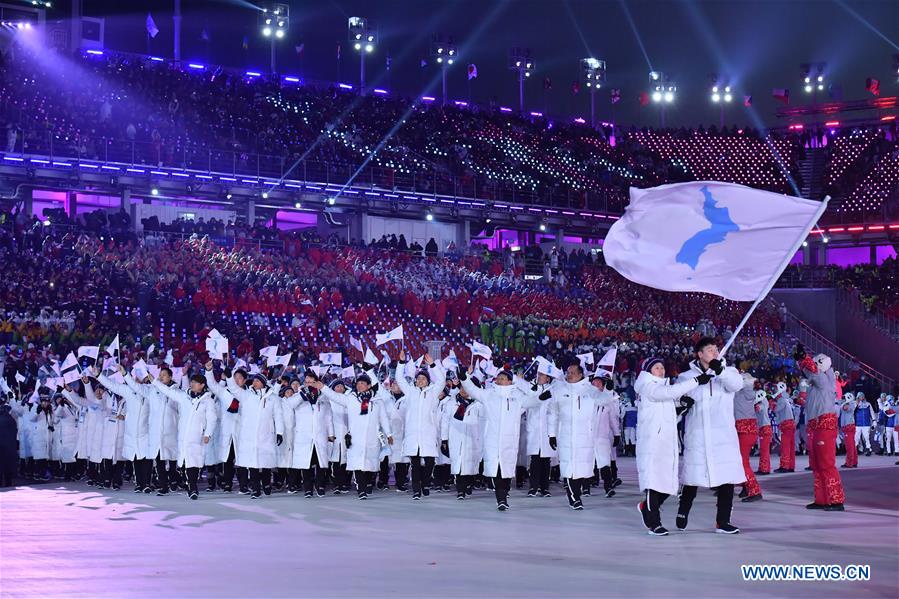 North and South Korea will field joint teams in three sports -- canoeing, rowing and women's basketball -- at the Asian Games, organisers said Thursday, in the latest sign of thawing tensions.

The two countries will also march together at the opening and closing ceremonies for the showpiece event being held in Indonesia from August 18-September 2, they added.

Seoul and Pyongyang agreed this month to form unified teams for some sports though the specifics were only confirmed Thursday after a meeting in Jakarta between the Olympic Council of Asia (OCA), Games organisers and representatives from the two Koreas.

"We have to be strict with scheduling so there will be no more changes."

Further details about logistics would come later, he added.

"The meeting was very friendly and enthusiastic, and was based on a spirit of togetherness of the two countries," Sjamsoeddin said.

Ties between the neighbours have been warming since the Winter Olympics, with North Korean leader Kim Jong-un and South Korean President Moon Jae-in agreeing at an historic summit in April to jointly participate in international sports events.

This month, Kim and US President Donald Trump held a summit in Singapore.

The three-team plan comes after the OCA had earlier dismissed the idea of granting extra places for unified Korean teams at an event which will see about 10,000 athletes compete in 40 sports -- the second-biggest multi-sport event behind the Olympics.

The Games will be held in Indonesia's capital and Palembang on Sumatra island.