WORLD Koreas to hold summit in Pyongyang in September: Yonhap

Koreas to hold summit in Pyongyang in September: Yonhap 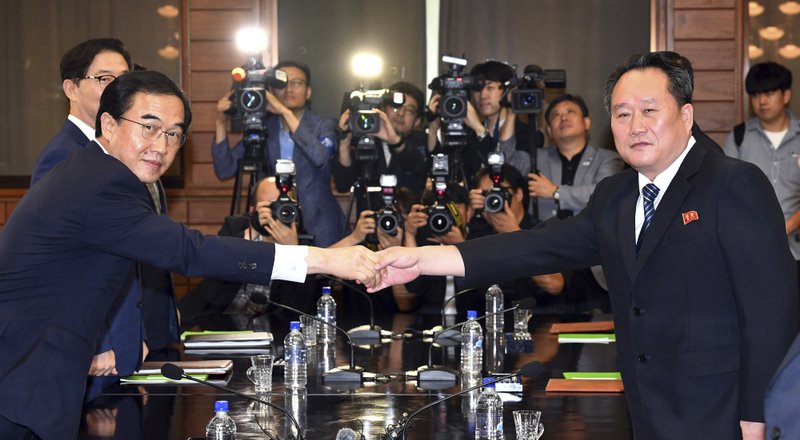 The agreement was reached during the high-level talks between the two sides at the border village of Panmunjom.

The joint statement, adopted after the talks, said the two Koreas agreed to hold the Moon-Kim summit in Pyongyang before the end of September.

The three-sentence statement, however, failed to detail schedule.

Ri Son-gwon, chairman of the Committee for the Peaceful Reunification of the Fatherland who led the delegation from the DPRK, told reporters after the senior-level talks that detailed schedule for the summit was already agreed upon.

Asked about the result of the talks, Ri said the dialogue was done well, according to local joint press corps.

There had been local media speculations that the two Koreas already agreed upon the date and venue for the third Moon-Kim summit as the two sides had working-level contacts before the high-level dialogue.

The high-level inter-Korean dialogue started at 10 am local time (0100 GMT) in Tongilgak, a DPRK building in the border village. The South Korean delegation was led by Unification Minister Cho Myoung-gyon.