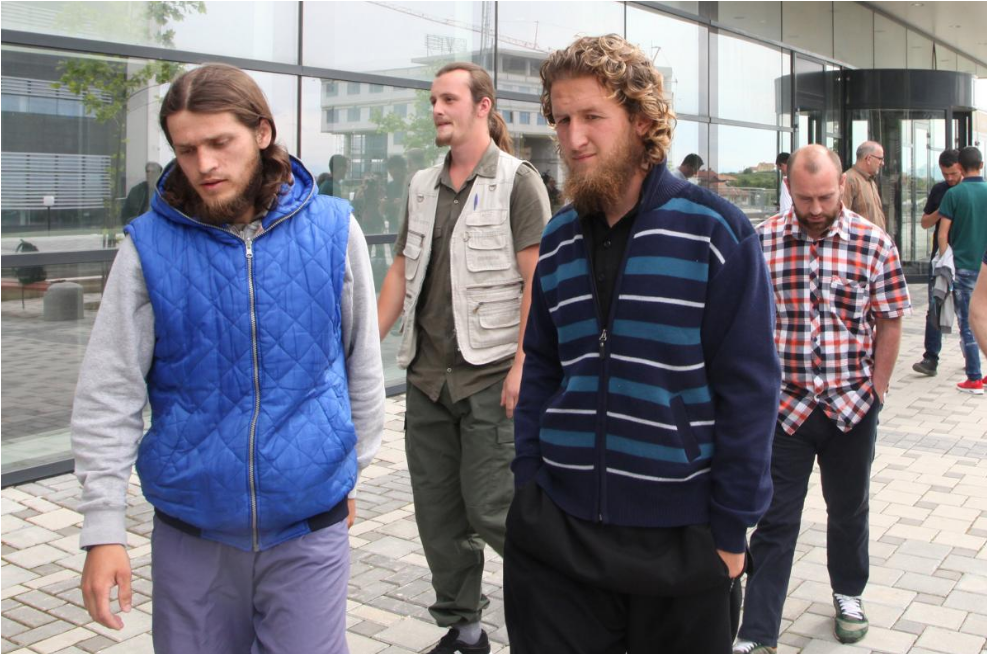 (L-R) Arton Ahmeti, Letorim Musliu, Besrat Peci and Kenan Plakaj walk in front of the court in Pristina after sentenced to jail on terrorism charges for plotting to attack the Israeli national soccer team in Albania on 2016, Pristina, Kosovo May 18, 2018. (Photo: Reuters)

A court in Kosovo jailed eight men on Friday for plotting to attack the Israeli national soccer team in Albania in a World Cup qualifying match in 2016.

The court in the capital handed the defendants, who are all from Kosovo, jail terms ranging from 10 years to 18 months, totalling more than 35 years.

A ninth defendant was ordered to pay a fine of 2,500 euros.

The prosecution said the group had planned to attack the Israeli team with explosives and automatic rifles.

The plan was thwarted when Kosovo police got wind of the plot and tipped off Albanian authorities who moved the game from a stadium in Shkoder, near the border with Kosovo, to a town closer to the Albanian capital, Tirana.

The prosecution said some of the defendants received orders to carry out an attack from Lavdrim Muhaxheri, a prominent Islamic State member from Kosovo and the self-declared “commander of Albanians in Syria and Iraq”.

Muhaxheri was killed in Syria, police and family members say.

“One of the defendants here said he is persecuted only because he belongs to the religion of Islam but we know that this religion and no other religion does not preach, incite or calls to commit such crimes for which they are accused,” judge Hamdi Ibrahimi said, delivering the verdict.

Kosovo, with a majority ethnic Albanian Muslim population, has had no militant attacks on its home turf, but at least 200 people have been detained or investigated over offences related to Islamic State.

In 2015, Kosovo adopted a law introducing jail sentences of up to 15 years for anyone found guilty of fighting in wars abroad.